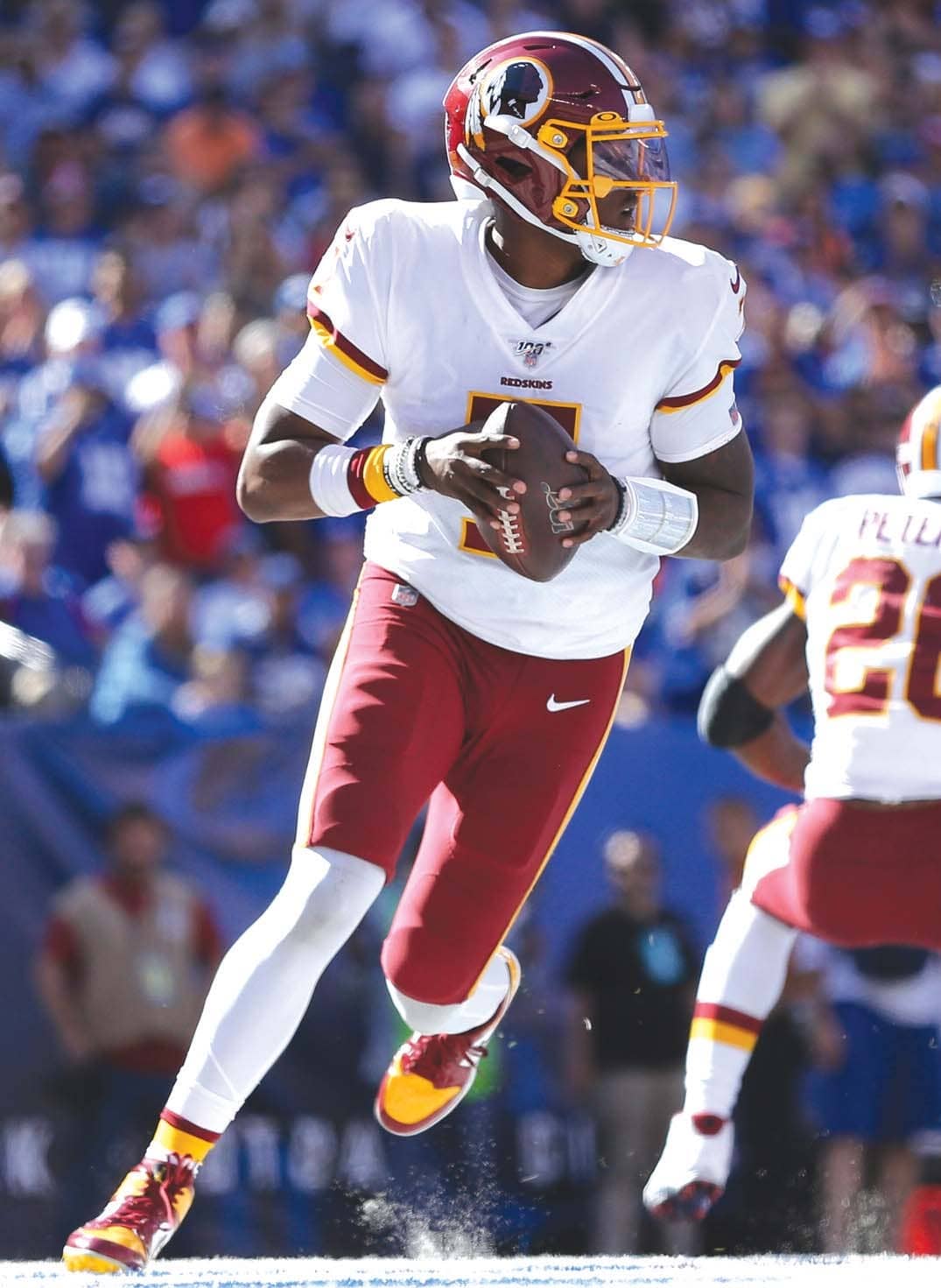 Dwayne Haskins sometimes looked more like a film maker than a quarterback over the off season. He wanted fans to see how hard he was working so a constant Twitter stream of flicks showed the second-year passer hitting deep balls to someone running in a park.

Bottom line – Haskins will be better ready to produce in his second time around the NFL.

“I’m going to deliver, it’s never a question about that,” he said. “Biggest thing for me is to be prepared mentally, physically, emotionally, spiritually and what I’m doing. I’m looking forward to being a great leader for this football team this year.”

Unlike last year when the 15th overall selection was told to watch and learn for months before finally playing nine games, he’s now firmly the starter entering training camp. Only a bad training camp can likely put him behind Josh Allen.

Haskins learned plenty during his rookie season when posting a 2-5 mark on a 3-13 team. Mostly, it’s harder than expected. That means working harder and smarter even in the offseason. So, Haskins dedicated it to improving even if the COVID-19 lockdown forced practicing in public parks rather than Redskins Park.

“I just wanted to be a man about my business and that’s on and off the field,” he said. “Not that I wasn’t prior too, but now turning 23, still being young and growing, whenever there were questions about immaturity or lack of whatever it was, I was going to change that whether it was true or not just for myself because I needed to do that for me. I applied pressure with everything I did this offseason with my body and how I studied and it’s making a big difference.”

Haskins even looks more chiseled, though there has been no official weigh-in to chart the difference. But, it’s obvious on videos that he has been a weight-room regular.