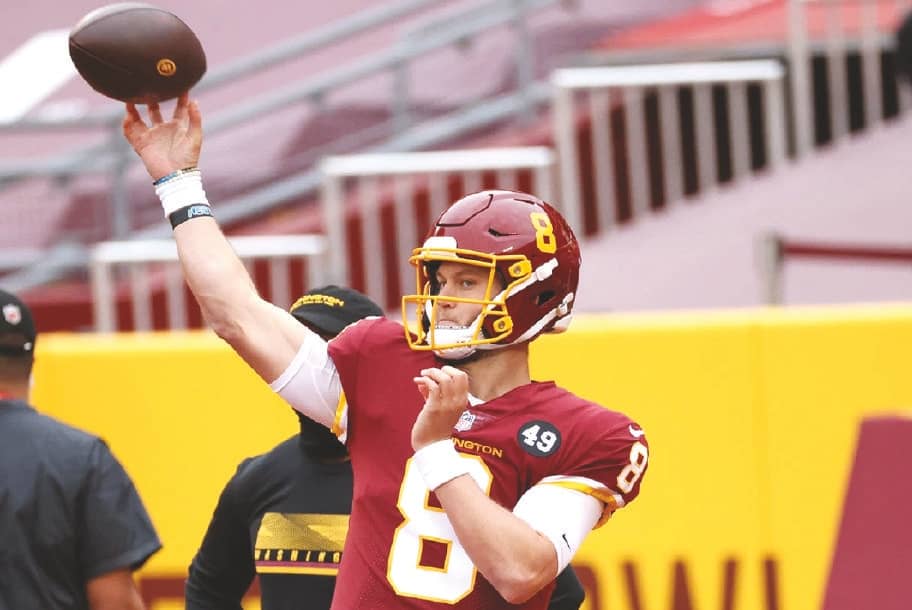 Rick Snider
Presidential debates are more civil than crosstown Washington football controversies. And, at least who lives downtown is only decided every four years. Quarterback debates have been seldom silent long over the past 50 years.

The 1970s were the classic Sonny JurgensenBilly Kilmer debates. Then Kilmer-Joe Theismann. Soon it was Jay Schroeder-Doug Williams. Heath Shuler-Gus Frerotte defined the ‘90s. The early 2000s saw a lot of silly ones before Robert Griffin III-Kirk Cousins developed in 2014. Very few years didn’t have at least passing talk of changing passers.

But once again, there’s a quarterback controversy in Washington. Dwayne Haskins was given the quick hook at 1-3 while Kyle Allen blew the game in New York and is 0-2. Yet, Allen will start against Dallas on Oct. 25 while the first-rounder remains a distant third-stringer behind Alex Smith.

By the way, Smith played without any physical problems in relief versus the Los Angeles Rams on Oct. 18 so he may start one day, too. He’s the NFL Comeback Player of the Year no matter if Los Angeles is his only stint following two years of rehab for a broken leg.

Haskins-Allen is kind of a one-sided rivalry. It’s basically coach Ron Rivera versus fans. Rivera promoted Kyle Allen, who played for the former in Carolina last year. Rivera traded a fifth-rounder to get Allen to Washington over the offseason. With the pandemic shutting down offseason camps and preseason games, Rivera wanted someone who knew his system.

But Haskins needed to start first. The 2019 first-rounder played nine games last year, mostly without much success. Now he needed to learn a new system and, without an offseason, it was a struggle. That Haskins’ maturity was sometimes questioned by the coach, who never warmly endorsed the passer, was a telling sign of a coming change.