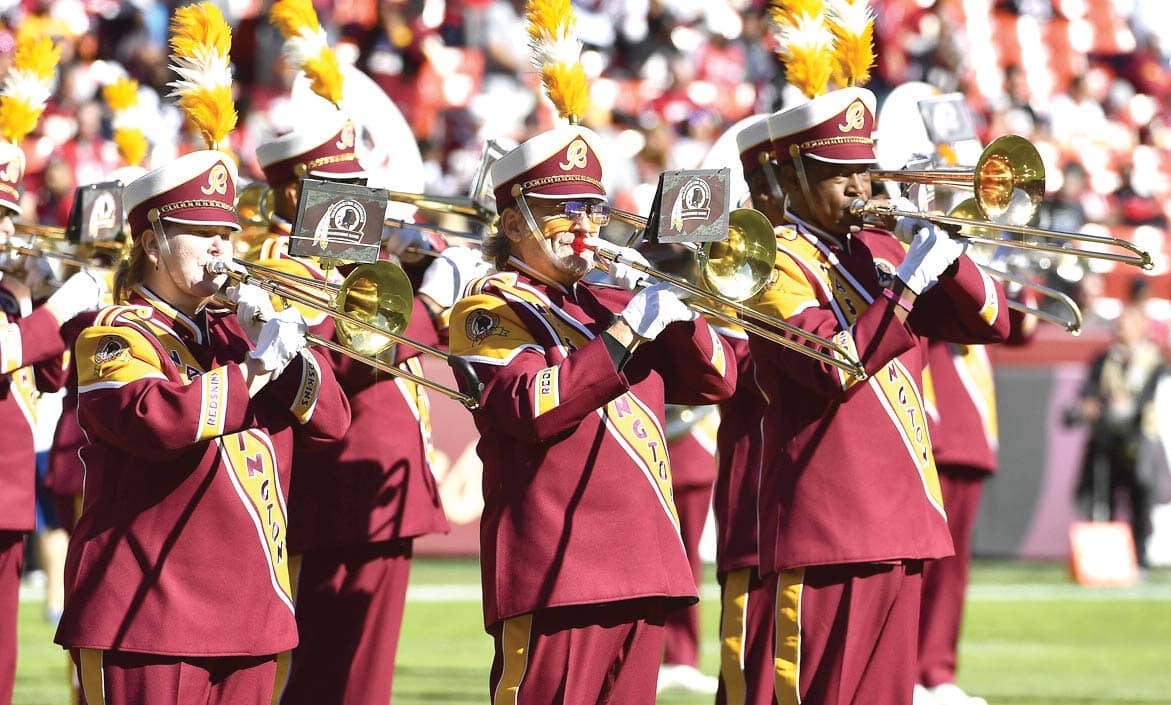 There will be much to miss about the death of the Redskins name. You will be reminded of it every time you put a Sonny Jurgensen, John Riggins or Sean Taylor jersey on. You will remember your life as a Redskins fan every time you go through your closet and find some old programs, or your scrapbook to see ticket stubs.

There will be reminders everywhere of the team name that has been shamed into extinction, the football team, bowing to economic and public pressure, finally relenting and announcing that they will be “retiring” the Redskins name and logo, in a statement released on July 13.

The change to a new name and new logo will be a complicated one, and for many, not easy.

One particularly small but emotional change for fans will be the team fight song – “Hail to the Redskins.”

That’s gone. No more. There will probably be a contest to come up with a new name, but the lyrics will be hard to digest for generations of fans who grew up singing “Hail to the Redskins,” as religiously as they sang the National Anthem (who knows, that may be on the way out, too).

If there is still a team band, I suspect you will have dueling songs every time the Washington football team scores a touchdown. While the band may be playing the new fight song or whatever tune they are instructed to play, many Washington fans will likely be singing, “Hail to the Redskins, Hail Victory.” Will they teach the children?

“Hail to the Redskins!

“Braves on the Warpath