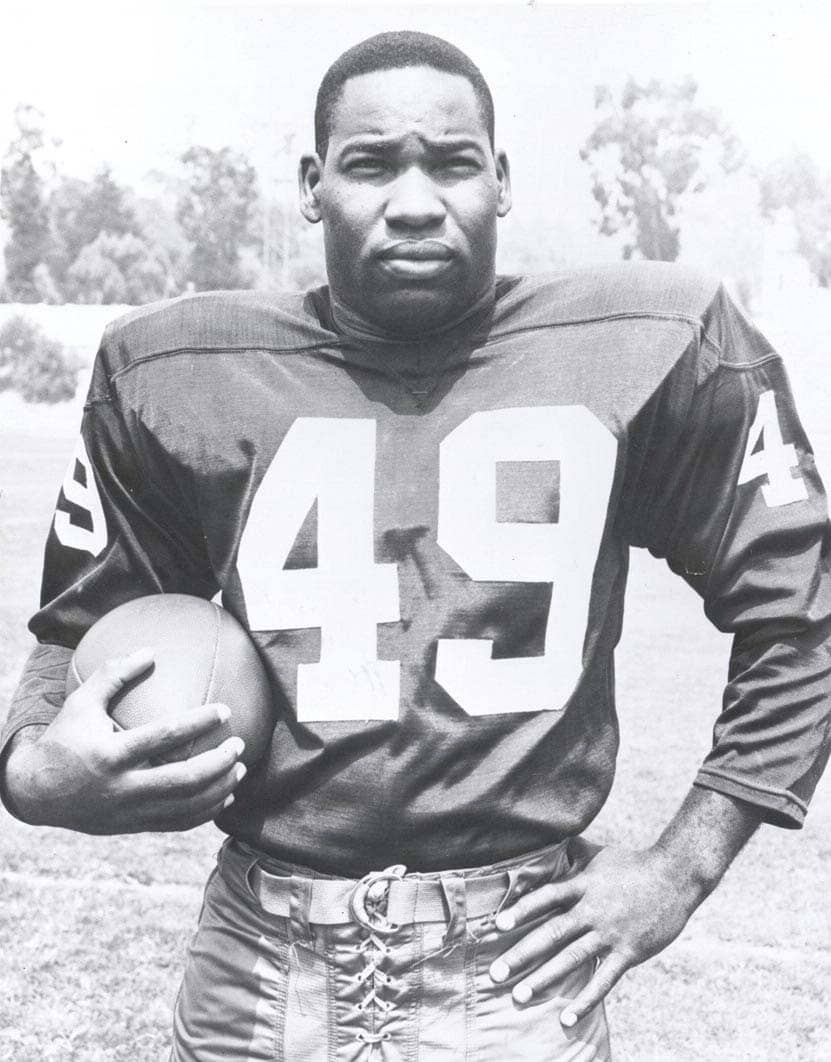 As the granite marker of late Redskins owner came down from its longtime perch at RFK Stadium, the Redskins announced Mitchell would replace the owner at FedEx Field. Marshall’s name was stricken from the stadium concourse level that’s now named for Mitchell, whose No. 49 jersey number will also be retired.

How weird these two keep making history together when neither wanted the other.

Marshall’s racist history finally saw a reckoning in 1962 when forced to sign Black players, the first being Mitchell in a trade for Redskins’ first-rounder Ernie Davis, who never played before dying of leukemia in 1963. That racist history was again remembered in June as part of the sweeping national trend to remove symbols of racism.

Marshall wasn’t a Confederate soldier or slave owner, but catered to the Lost Cause as the owner of the NFL’s southernmost team. Marshall owned a lucrative radio network from Washington to Dallas and didn’t sign Black players while having the team’s marching band play Dixie.

Finally, the Kennedy administration’s civil rights agenda forced Marshall into desegregating or the Redskins would no longer play in their new home of D.C. Stadium, which is on federal land. Marshall relented and then suffered a series of health problems. By 1963, Marshall appointed Edward Bennett Williams to run the team. Marshall died in 1969.