Kerrigan on sack mark: ‘I want it' 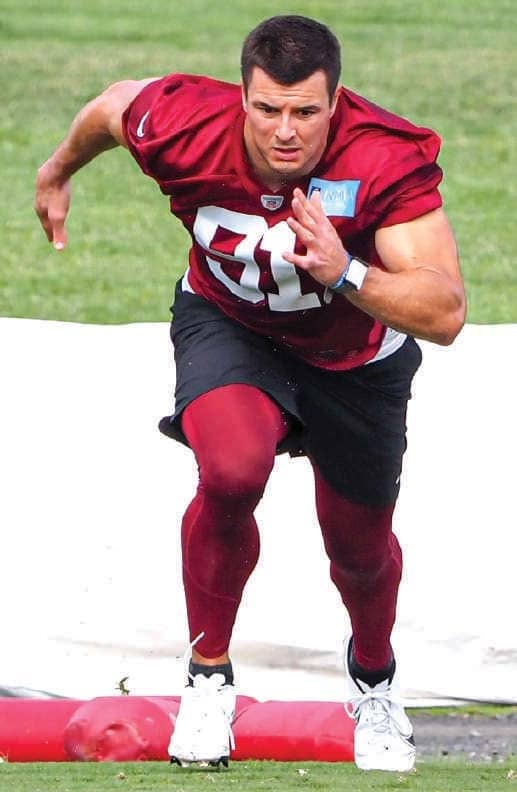 Can the 31-year old still play after suffering his first career injury that ended his 128-game consecutive streak? Will he be as effective moving to the line in a 4-3 scheme? Is Kerrigan simply depth in the final year of his contract?

“I’m sure [coaches] just want to see if you can still play,” he said. “With this kind of narrative of guys that get older in the NFL, you think they’re going to start slowing down. I guess that’s where I have to kind of prove that I’m still a productive player and someone that can still be a difference maker not only this year but moving forward.”

Kerrigan wants to remain in Washington for the rest of his career, but whether the 10-year veteran stays largely depends on how he produces this season. He has always been a steady sacker with three straight 11-plus seasons before just 5½ last year in nine games.

Indeed, Kerrigan’s 90 sacks are one less than Dexter Manley’s franchise record. However, the NFL didn’t count individual sacks during Manley’s 1981 rookie season when netting six. So, 91 is the official record while 97 is the unofficial mark. Either way, Kerrigan wants the title.

“As far as the sack record, obviously I want it,” he said. “I want it because that’s a step in what I want to accomplish this season.”