Defense strong across board 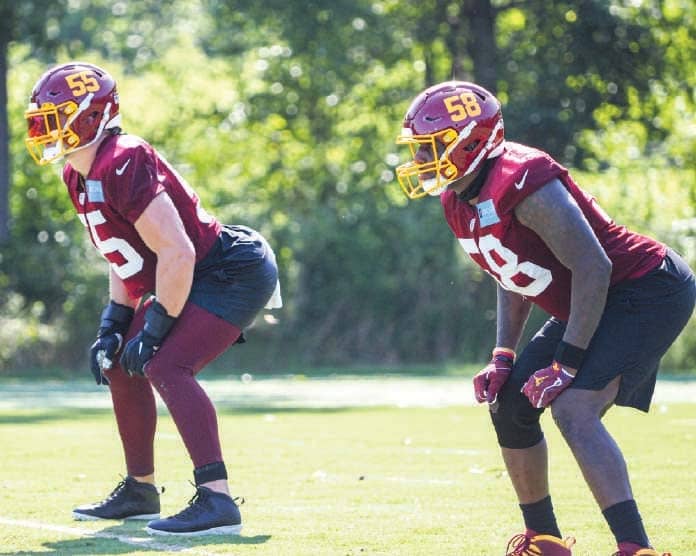 The one buzz term you hear is aggression. While flipping to a 4-3 from a 3-4 for the last 10 seasons, the new top dogs on the defensive side woke some talent up and perhaps made them a bit uncomfortable. That’s a good thing for a defense that was often in a malaise even when not hung out to dry by the opposite side of the ball over the last couple of years.

Many blamed those struggles solely on former defensive coordinator Greg Manusky, but that’s far from true. Manusky didn’t do a great job by any means as he was limited by a porous secondary and terrible communication on the back end.

That killed the defense more than anything. The run defense wearing down in the second half of games and second half of the season would often lead to backbreaking runs and chunks of yardage that would put even more pressure on the back end, a group that was led by Josh Norman.

Norman is gone and so is Quinton Dunbar and Montae Nicholson. Ronald Darby was brought in, Kendall Fuller returned home and Sean Davis was added at free safety.

Will this group be better than the last? Yes, because you have smarter and more well-rounded players in the defensive backfield to bolster communication.