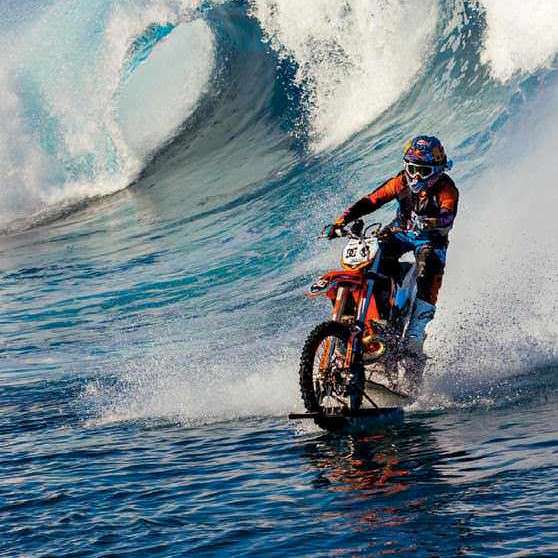 With land and air covered, all that was left for Maddo to conquer was the sea.

When Robbie Maddison says he’s going to do something, you’d better believe him. Considered by many to be the modern-day Evel Knievel, the charismatic 34-year-old from Australia has successfully transitioned from pro motocross racer to freestyle star to stuntman and daredevil extraordinaire. Through the years, Maddo has captivated audiences around the world with his limitless courage and never-ending creativity, but his most recent endeavor, Pipe Dream, presented and produced by DC Shoes in association with Robbie Maddison Entertainment, takes everything to a whole new level and stretches the imagination.

As we’re wrapping up a photo shoot in Robbie’s front-yard FMX park, I can tell that Maddo has something on his mind—something by the way he stares into the distance with a glazed look on his face is a dead giveaway. “I’ve got  something big in the works, mate,” he says. “I can’t really tell you about it, but  it’s big. If you pay attention to my social posts, you’ll get an idea.” Scrolling  through his Instagram, I discover a few posts that feature lakes and captions about testing. “Are you going to jump over a whole lake or something?” I ask.  “No,” he answers with a laugh. “I’m going to ride on water.”

The concept of riding on water is not a new one. From the early days of moto video, we’ve seen guys hydroplaning across bodies of water at top speeds, with perhaps the most notable being Kevin Windham ripping across a Mississippi pond on his works Honda CRF450R in the TransWorld Moto cross production, Crush. That, however, is child’s play in comparison to the idea Maddison cooked up for Pipe Dream. Thinking two steps ahead is a gift/curse that Maddison is burdened with, and he didn’t simply set his sights on riding across water but on riding a wave in the ocean. And, of course, not just any wave would do, it had to be the legendary Teahupo’o reefbreak in Tahiti, French Polynesia. Renowned for the consistent number of barrels it delivers, Teahupo’o is characterized by its shallow coral reef, which lies only 20 inches below the water’s surface and is largely responsible for the desirable shape of the waves its famous for. 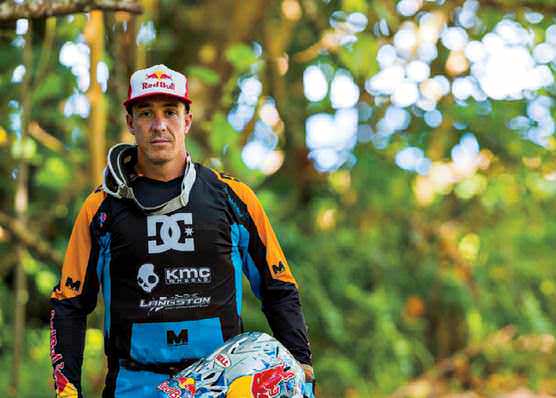 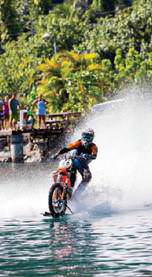 A year later, I question Maddo  about the progress of his water bike project, but I mostly want to know where the idea came from. “I spend a lot of my summers in Australia with family, and over there we spend a lot of time in and on the water,” Maddo says. “The way a boat creates a wake or how the water flows has always fascinated me: ‘What’s happening to propel it?’ ‘How much water is it displacing?’ Processing all of those thoughts in my head made me think of how to make a bike float on the water. One night I put together some sketches and called up one of the guys who developed the snow bike and asked for his opinion. He said, ‘Yeah, we could totally make this work,’ and a few months later I took a trip up to Idaho and rode on a frozen lake that had pretty much just thawed out.”

Maddison’s early attempts involved a Honda CR500R, outfitted with two skis:one beneath the front wheel and a larger one that extended from beneath the frame back to the rear wheel, which was outfitted with a paddle tire normally used for dune riding. With no existing “water bike” projects to learn from, Maddison and his team experimented with a wide range of options, including dozens of different ski and tire options, and even a booming KTM 450 SX-F four-stroke. “Contrary to what you might assume, the overall power output of the bike didn’t have that much effect on its ability to ride across the water,” says Maddo’s mechanic, Buddy Morgan. “Instead, it was the shape and angle of the skis and the number of paddles on the rear tire that made the most difference.” As one might think with such a project involving so much trial and error, sinking the bike was a very real part of the learning curve. “I’d say that through the entire project, we sank the bike 30 to 40 times,” explains Morgan, who was faced with a five-hour workload every time the motorcycle was submerged. Thankfully, switching back to a two-stroke for the final setup—a KTM 250 SX—simplified the teardown and rebuilding process.

MORE STORIES FROM TRANSWORLD MOTOCROSSView All