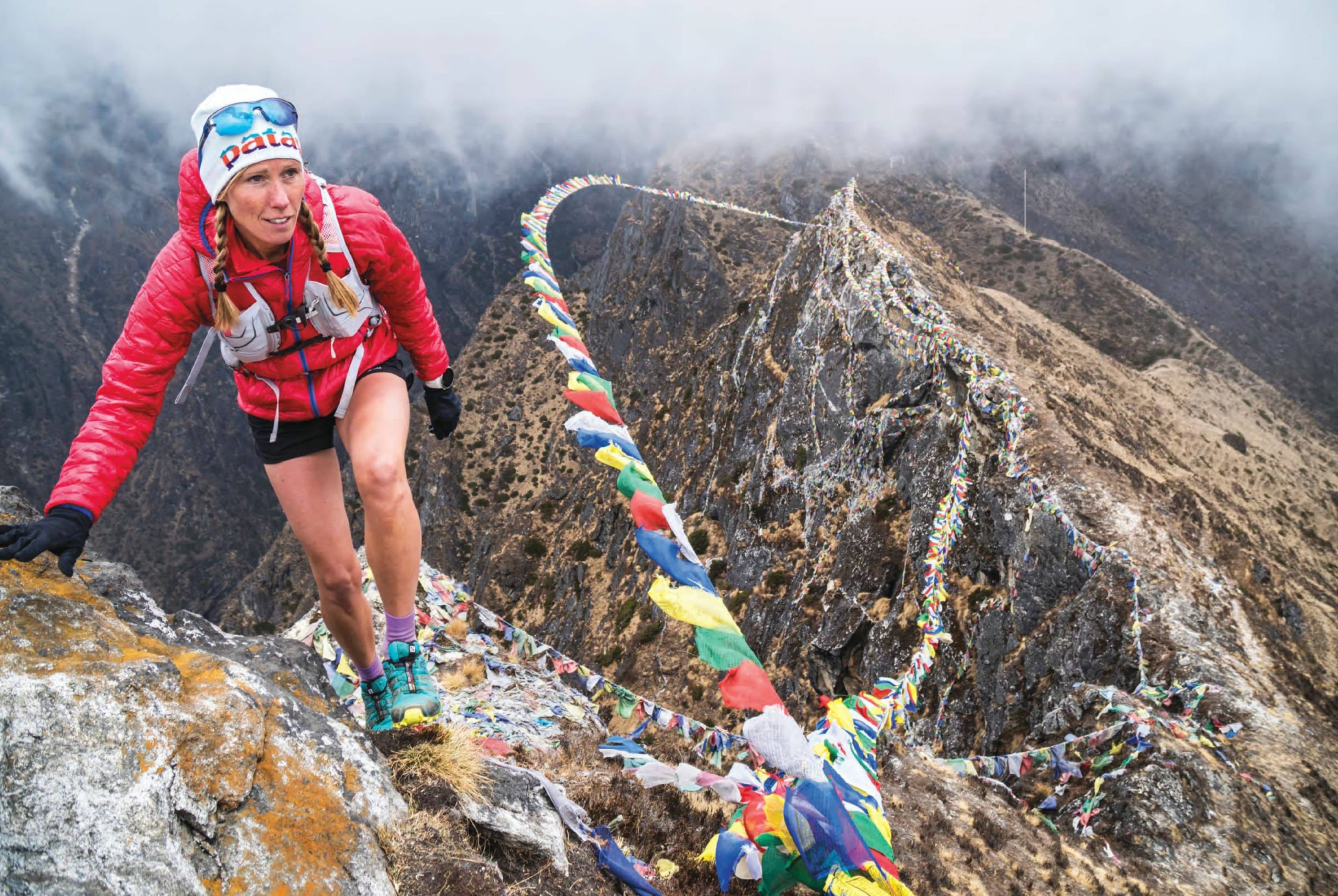 I pull myself upright after retching.

“Are you German-monking,” Dan calls from 20 yards ahead in an annoyingly chipper tone.

Some years ago, there was a popular TED talk by Brother David Steindl-Rast, a Benedictine monk. Google it. He teaches that happiness comes from gratefulness, and gratefulness comes from recognizing that the most valuable thing that can be given to you is this moment. This one. At this moment, what we have that is so valuable is the opportunity to enjoy, or at least the opportunity to learn from, a challenge. Dan and I have latched onto this mantra, and for years, have miss-called it “German-monking” (Brother David is actually Austrian). And as much as I am trying to do the enlightened thing, my let-me-just-wallow-in-my-pain, leave-me-to rot-on-the-trailside look I shoot back at him reveals that maybe, just for a moment, I’m not German-monking. I just want to stop. Just like on the ground and call it done.

By this time, we can’t have more than five miles to go. We’re over all three passes and nearing Namche, the end of our route. We should have cruised into the finish hours ago, but I have to stop and puke again.

Running the 3 Passes Trail is what drew Dan Patitucci and me to the Khumbu. For Dan, a hardened outdoor-sports photographer, of Interlaken, Switzerland, it’s his eighth time to Nepal’s Himalaya. For me, an avid trail runner, but comparatively a puppy when it comes to big mountains, it’s my first. He often comes up with these schemes, projects, objectives, things to teach me, and I’m typically game to go along with the experience. That’s how the relationship works, and how we ended up running in Nepal.

Nepal is famously home to some of the world’s best trails. Icons like the Everest Base Camp trek and Annapurna Circuits have become crowded highways of backpacks and donkey piss. Wanting a quieter route to run, we decided on a route Dan’s had in mind for a while, the Khumbu’s 3 Passes Renjo La, Cho La, and Kongma La. The 38-mile route crosses the main traffic thoroughfares, but avoids the yak-trampled tracks and busiest villages, passing above 17,000 feet three times for spectacular views of the high peaks: Everest, Cholatse, Lhotse, Nuptse, and Ama Dablam. But first, we have to get there. After a couple of cramped flights, stopovers in Kathmandu and Namche, some extra days of running, a week-long acclimatization trek to the run start and a few more days running and resting, our goal is to run the route back to Namche in a day. 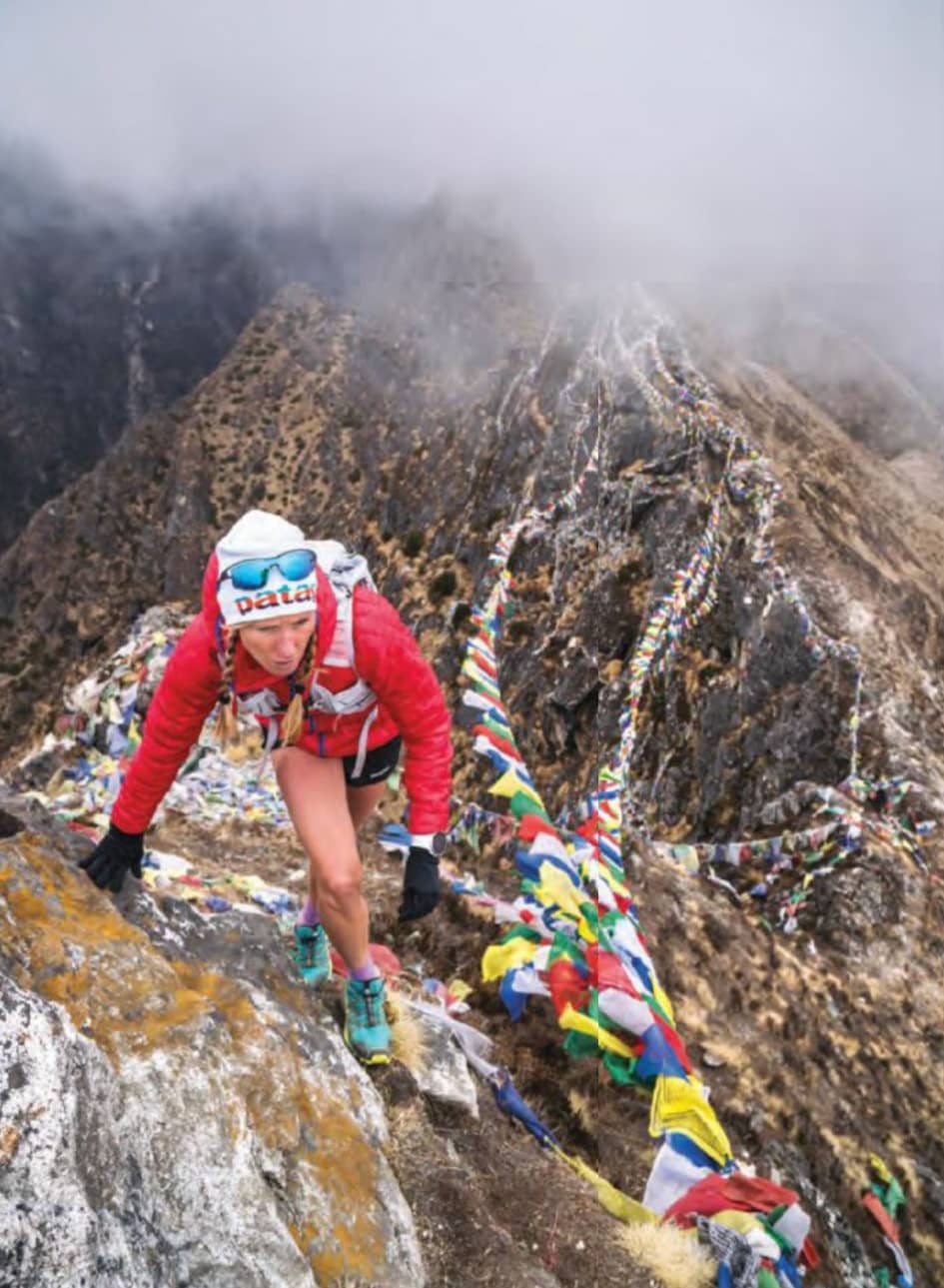 Leaving the chaos of Kathmandu and its hiker dudes with hacky sacks, hippy bars and red-robed monks with MacBooks at coffee shops, we squeeze into a helicopter. Along with two hikers, their guide, sacks of apples and a Sony flat screen television, we are tight cargo. When the propeller won’t turn, two men saunter over with ladders, lube and duct tape. They tighten some of this and tap on some of those, tinkering the way one might if the toaster isn’t working.

“Let’s try again,” the pilot proposes, this time wearing his stripes instead of a hoodie to instill confidence in his passengers.

“Try?” Dan asks. The blades spin this time, and we lift up slowly, hovering just above the trees and just below the clouds that grounded all airplane flights for the day.

Landing in Lukla, we snatch our bags and dodge through the blur of airport spectators, cows, yaks, and uneven stone steps. It’s all a jumble. I’m only watching my feet. People and animals, moving, carrying, even the air doesn’t sit still. The wind lifts the dust from the trails. 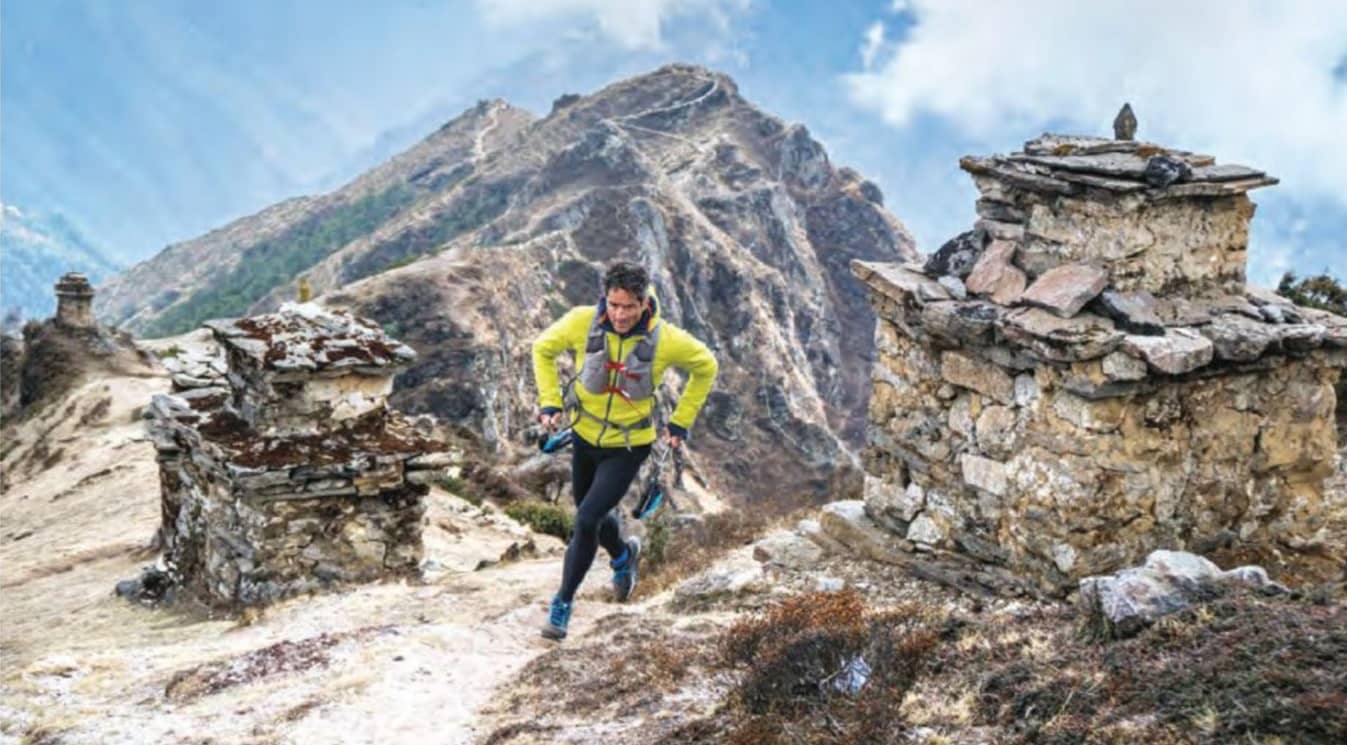 MORE STORIES FROM TRAIL RUNNERView All