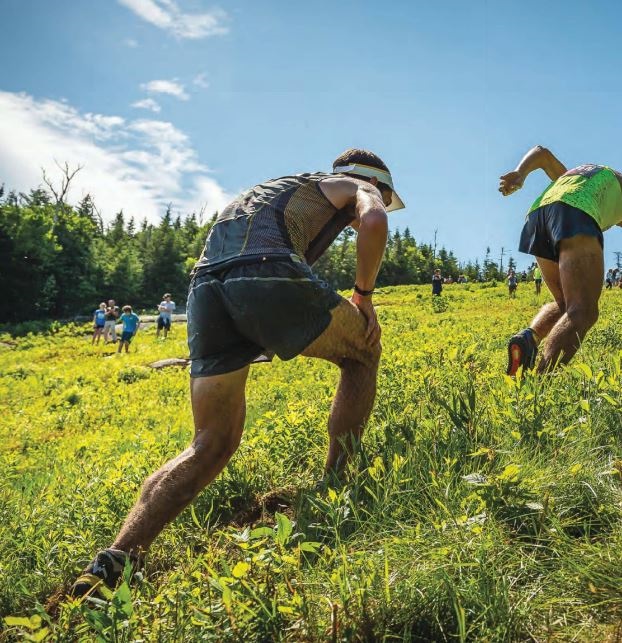 Why is vertical racing on the rise, and what does it mean for trail running?

The majority of the participants that morning were experienced mountain runners. “Most were either hardcore or trying to make the USA mountain running team,” says Dave Dunham, a long-time Northeast trail runner. Still, the course ground them down, with each ascent harder than the last. Dunham recalls more than few runners saying, “Just when I figured I’d gotten past the worst of it, it got much worse”.

“In a typical trail race, if you see someone just ahead, that’s 10 seconds. On Upper Walking Boss, it’s so steep, that time is a minute,” explains Paul Kirsch, one of the course designers. “It messes with your brain.”

The scene was informal and fun. “It was all very low key, small-time and low tech,” says Kirsch.

“You can’t say it’s the same event,” says Kirsch. A staggered start is used to avoid crowding. There are EMTs, radio communications and electronic timing. And, in a nod to the growth of uphill running, the types of runners taking part have changed, too. “We now have a lot of people who had never done a mountain race before,” says Kirsch. 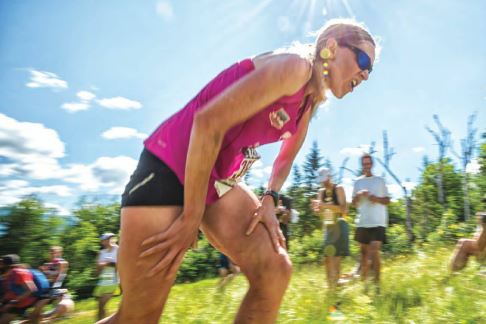 In 2006, 96 trail racers toed a starting line in a quiet valley at the base of a ski area in New Hampshire’s White Mountains. The new Loon Mountain race was one of the steepest trail races in the United States, rising 3,200 feet over 6.6 miles. On a section called Upper Walking Boss, the course angled to a grade of over 40 percent—steep enough that you could reach out and touch the grass in front of your eyes.

So-called “Vertical Running,” like the routes they travel, is trending up in a big way. The result? Running steep up—and sometimes steep down, as well— is increasingly part of the trail-running culture in the United States. In the process, it’s redefining what it means to trail run.

It’s a story that’s unfolding across the country. Two thousand miles away from the White Mountains, Nancy Hobbs, the American Trail Running Association Executive Director, has watched firsthand as trail runners gravitate to the Incline, a self-timed lung-busting climb in Manitou Springs, Colorado. A former funicular route complete with rail ties, the Incline reaches angles of up to 68 percent and gains over 2,000 feet in less than a mile (see “Colorado Rocky Mountain High,” page 36 for more info).

“It’s just gone bananas. People are doing it every day,” says Hobbs, whose Google tracker camera recording of the route is available online. Elite athletes vie for the fastest times, with U.S. runners Joe Gray and Allie McLaughlin, currently topping the list with times of 17 minutes 45 seconds and 20 minutes 7 seconds, respectively. Even soldiers at nearby Fort Carson have gotten into the action. Each year about 500 of them tackle the route in what amounts to a one-day camouflage invasion.

Sometime not long after the start of the 20th century—like all good legends, the specific date is lost to history—a challenge was issued in a bar in Seward, Alaska: could the mountain just outside town be scaled and descended in less than an hour? The peak, then called Lowell Mountain, was already well known to locals, who would climb it to watch for incoming ships, then race down to announce the new arrival.

A sourdough by the name of Al Taylor accepted the challenge, later determined to be 3,022 feet of climbing and a round trip of just over three miles. His time? 1 hour 20 minutes. Taylor had to ante up a round of drinks.