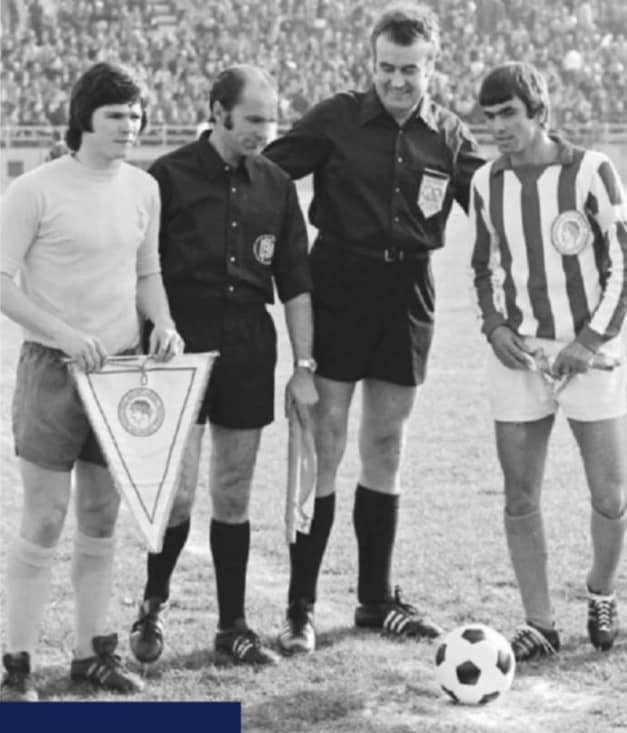 After 50 years in football, 20 of them as a Tottenham Hotspur player, the club’s record appearance maker has brought out a new book, Steve Perryman – A Spur Forever. Filled with memorabilia and photographs from his illustrious career the autobiography provides an evocative and thoughtful look back at his time at Spurs – where he made 866 appearances and won two UEFA Cups, two FA Cups, and two League Cups

Martin Peters’ departure in 1974 opened up the captaincy to me on a permanent basis. The role carried more weight in those days, with more responsibility for skippers to control things on the field. Manager Terry Neill thought my sense of anticipation and having an opinion would be useful in the heat of battle, getting the midfield to drop a bit deeper for example.

Captaincy was not a job with a formal application process. Being judged every day on the way I played and handled myself was my application. My first thought on being made captain was, ‘I hope I can handle this’! But there was a degree of naivety involved, and thought I can do it. Looking back now I could have been thinking more that I was following in the footsteps of legends – Mackay, Blanchflower, Mullery, Peters, men of real standing. But I adopted my usual attitude towards things: onto the next thing, and captaincy was the next thing.