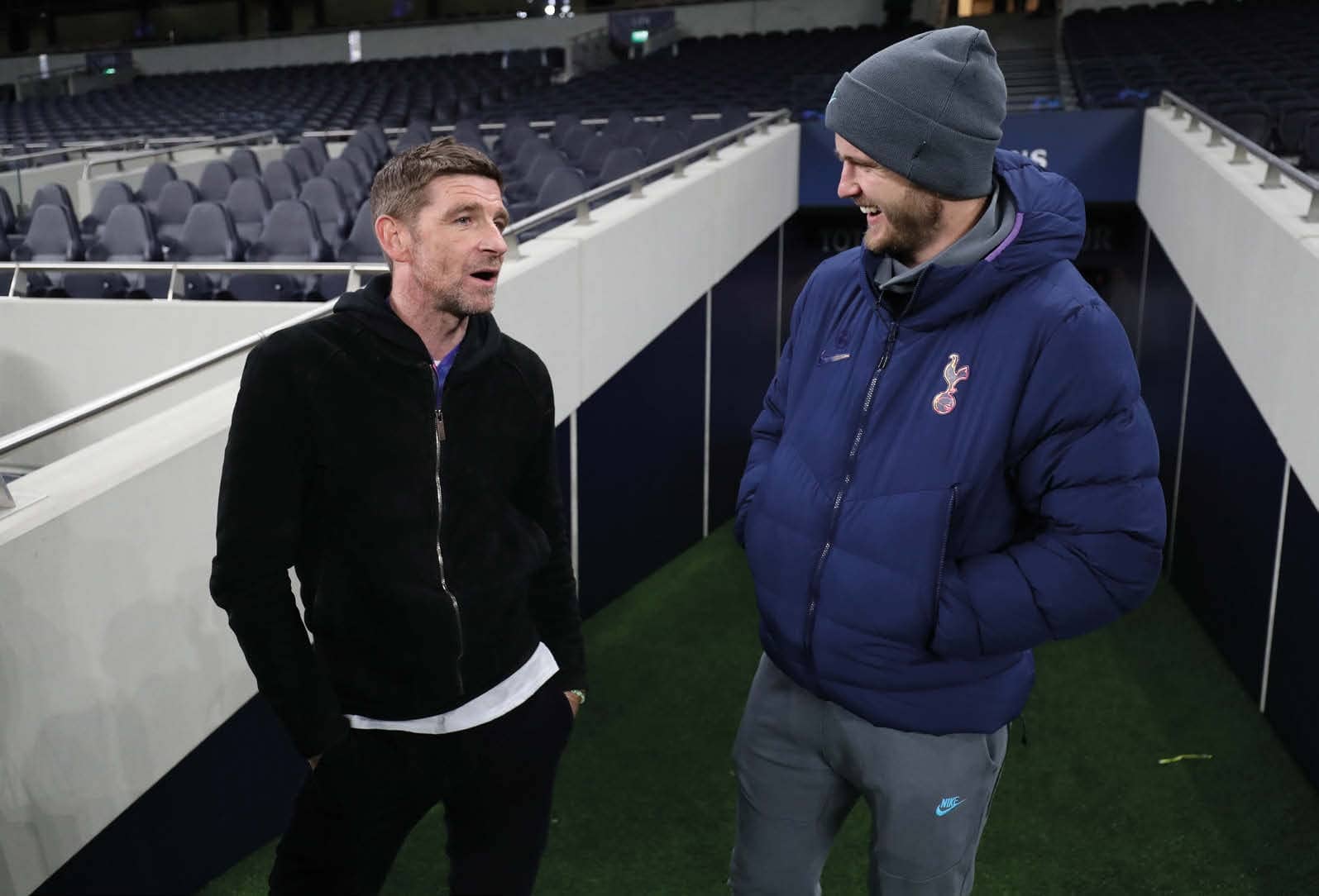 Paul Miles caught up with a familiar face here recently and got the lowdown on what Peaky Blinders star Paul Anderson was doing at Tottenham Hotspur Stadium!

He might not be a Spurs fan, but a Peaky Blinder was among friends on his first visit to the new stadium recently. Well, one friend in-particular...

“I’m here because I was invited by a friend of mine,” explained Paul Anderson, Arthur Shelby in the popular series and an actor with the likes of The Revenant, Hostiles and TV series Top Boy on his CV.

“I think you all call him the boss, the gaffer! Yes, Jose invited me in. We had lunch only a couple of weeks ago. I just said ‘hello’ to him in the tunnel. As I walked over, I was surrounded - it was like getting near the President! I said, ‘I’m just going to say hello to my friend’ and he said, ‘come here and give me a hug’, that was nice...”

Pitchside on a Champions League night, Paul was taken aback by his first experience of the stadium. “Just give me a ball!” he said. “I’ll go out there, do a few kick-ups and get a few cheers. Look at this stadium. I haven’t been here before but it’s super-impressive.”