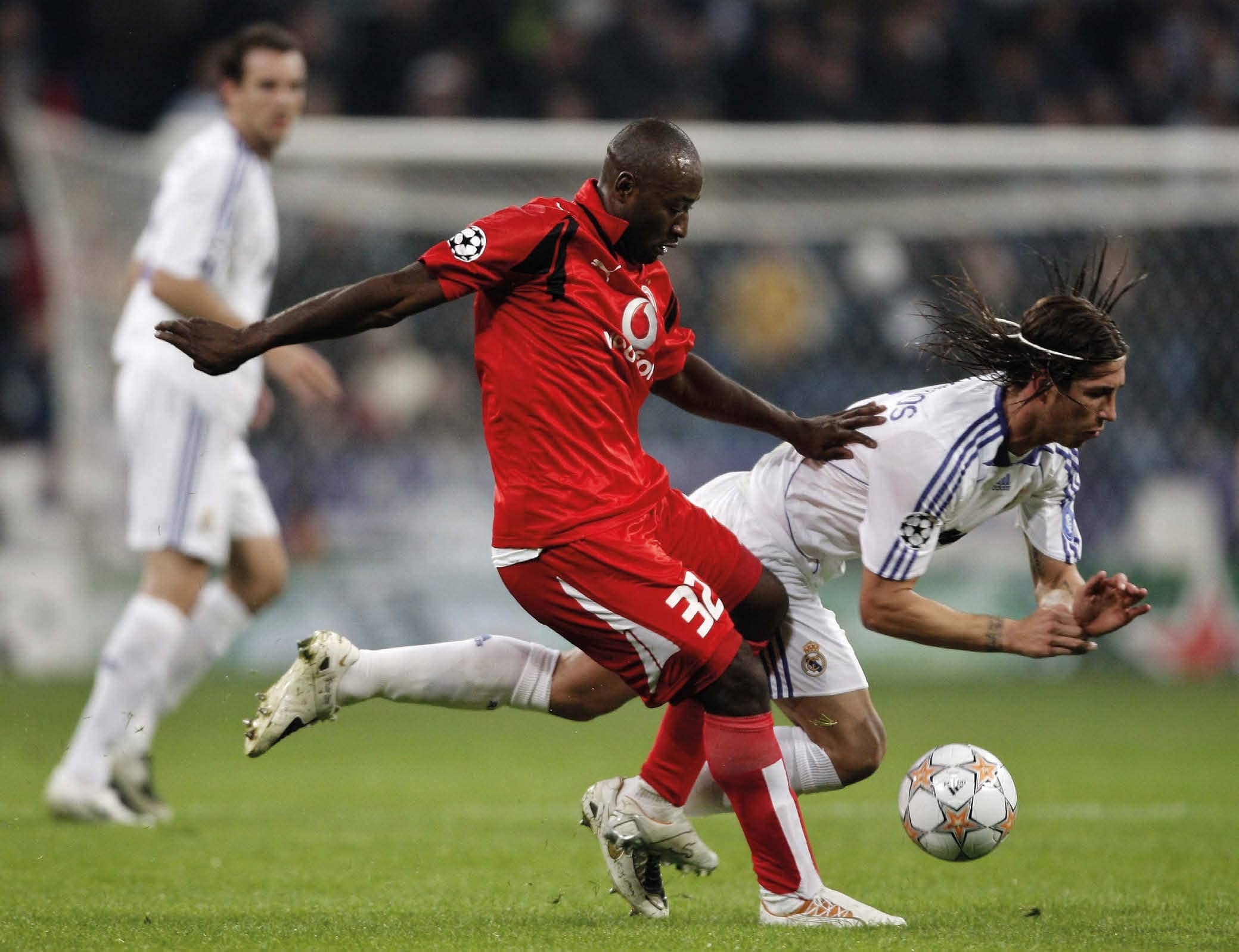 A FORMER PREMIER LEAGUE STRIKER, OLYMPIACOS STAR AND TOTTENHAM HOTSPUR FAN, LOMANA LUALUA FINALLY DONNED A SPURS SHIRT RECENTLY AT THE AGE OF 38 – FOR OUR SPURS LEGENDS TEAM! BILLY SHAW CAUGHT UP WITH HIM TO DISCUSS HIS MUCH-TRAVELLED CAREER

He played in some classics at White Hart Lane. The 4-2 win over Newcastle in January 2001, where three players including our goalkeeper Neil Sullivan were sent off, the 4-3 triumph against Portsmouth in February 2004, when Gus Poyet struck an 89thminute winner and several others.

The only problem for legendary Premier League striker Lomana LuaLua was that those matches were all against us.

“People don’t know but I’m actually a Tottenham supporter!” smiled the acrobatically-gifted frontman, whose career encompassed time at Colchester United, Newcastle, Pompey and Blackpool, along with two spells at our opponents tonight, Olympiacos, where he attained cult hero status.

“I used to speak to Jermaine Jenas when he was at Spurs and I was telling him ‘please, please tell the coach to sign me’ because I wanted to play. I’m an east London boy, I grew up in Forest Gate so all my friends were either West Ham or Tottenham fans, but Tottenham had all the players that I loved and looked up to – Ruel Fox, David Ginola, Jurgen Klinsmann – so many players who were unbelievable. My friend Alton Thelwell used to play for them too. I just wanted to play for that badge because it meant a lot to me. I thought I was on my way to Tottenham after I left Colchester (in 2000) but Newcastle outbid everyone and I ended up going north.”

In addition to his time in this country, Lomana ended up playing for a host of clubs on the continent, spending time everywhere from Greece and Qatar to Cyprus and Turkey. Yet his Spurs dream finally came true earlier this season in the most unexpected of places – in front of 400 people in the West Sussex seaside town of Worthing!