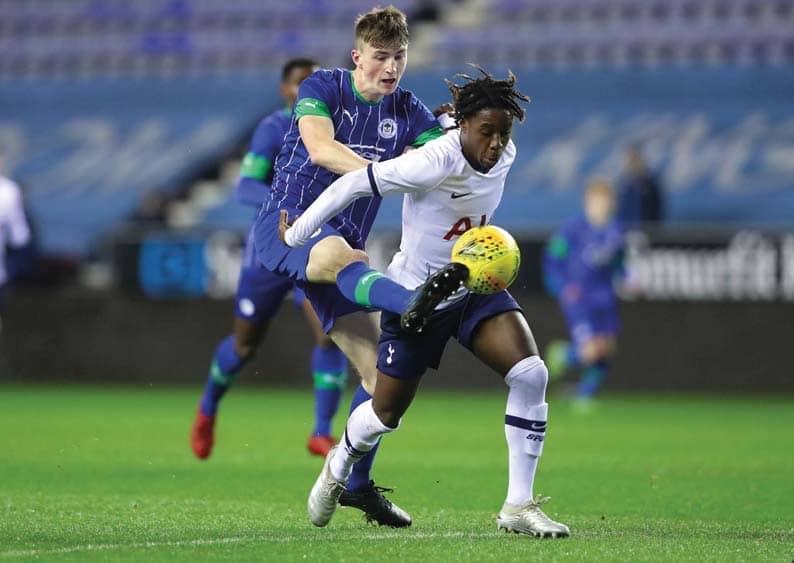 A goal in each half gave Wigan Athletic a 2-0 victory in Wednesday night’s FA Youth Cup fourth-round tie at the DW Stadium.

With 11 straight wins in all competitions going into the match, the hosts forged ahead via Jensen Weir’s deflected free-kick after a controversial refereeing decision against Malachi FaganWalcottand we never truly recovered.

Needing to get to grips with a direct side always dangerous on the counter, we upped our game after half-time with midfielder Harvey White covering a lot of ground and having a couple of attempts himself. But when Kyle Joseph rammed home after Sean McGurk had hit the crossbar in Wigan’s first real attack of the second half just beyond the hour mark, the hosts put themselves in a strong position from which we were unable to dislodge them.

A brace from Harvey White helped our Under-18s get their year off to the perfect start with a 4-1 Under-18 Premier League win over Fulham last Saturday morning.