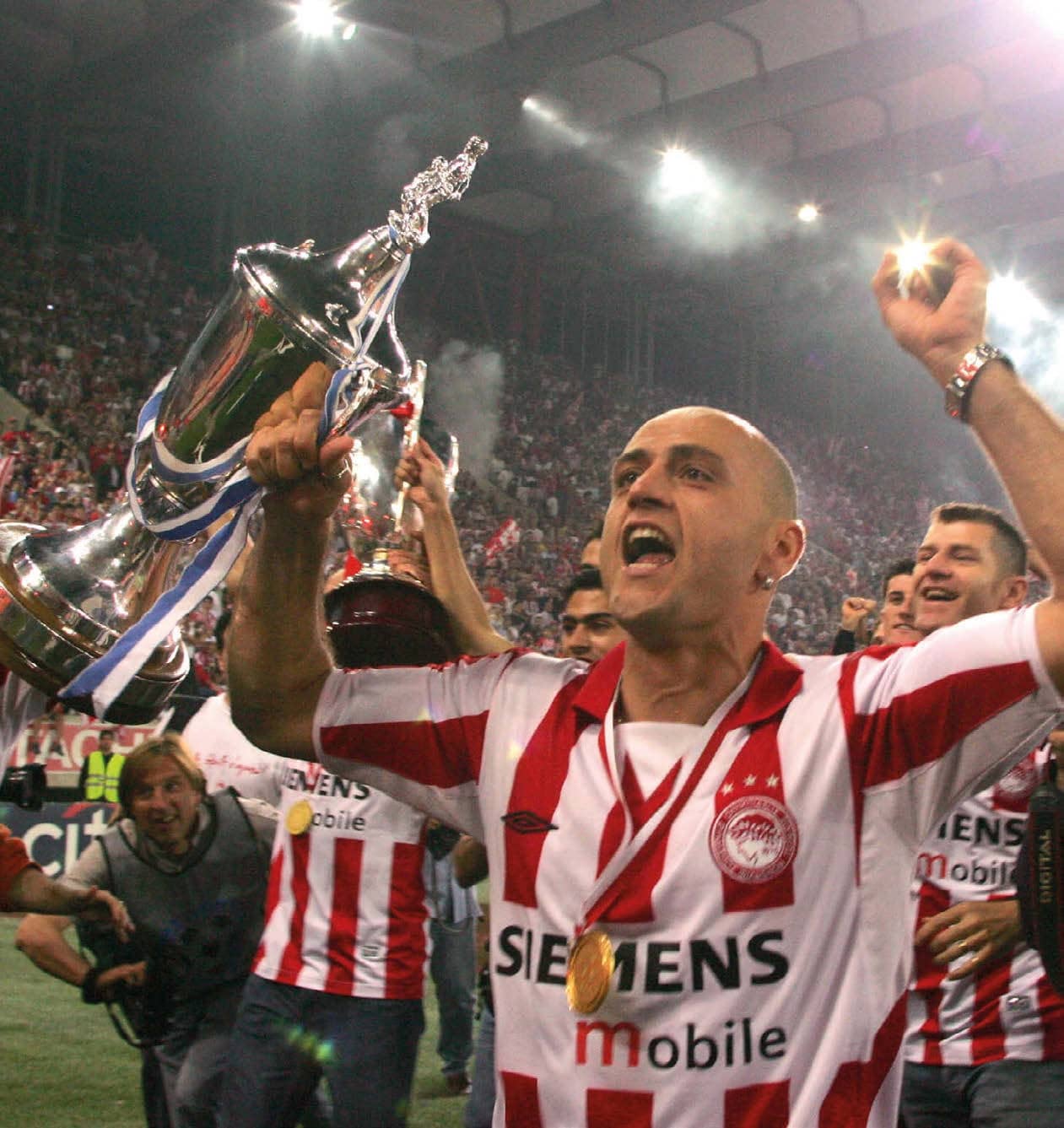 In the course of history, there have been legendary on-field partnerships formed at every club, whose combined efforts have gone on to leave a lasting impact and cultural legacy. With tonight’s visit of Olympiacos, Liam Carson takes a look at how the potent attacking threat of midfield duo Predrag Djordjevic and Stelios Giannakopoulos brought about a golden era for the Greek side.

It had been nine years since Olympiacos had last managed to clinch the Greek Super League title when midfield duo Stelios Giannakopoulos and Predrag Djordjevic arrived in Piraeus.

A team so accustomed to dominating the Hellas landscape, with 10 titles already to their name, were enduring an unprecedented barren spell – the worst in the club’s history. They had last finished top of the Greek football pyramid in 1987 having won 22 of their 34 games that season but, in the following campaign, their form dropped dramatically as they won just nine games and finished eighth in the table accumulating their lowest ever points tally.

But with the arrival of the two highly-rated prospects signed from the upcoming team Paniliakos, the Thrylos – as Olympiacos are known – would rise once more.

Giannakopoulos and Djordjevic had spent three years with Paniliakos prior to their move to Olympiacos and during that spell, they had helped the Peloponnese side surge up from the Greek third tier all the way to the top flight. The young pair were the stars of that developing team but, at Olympiacos, they would shine even brighter as they would lead their new side out of their darkest ever period.

In the summer of 1996, Dušan BajeviÄ‡ was appointed Olympiacos’ new head coach and he moved quickly to bring the pair to Attica as he spotted their creative flair. Much was expected from the two new signings. Having bedded into Greece’s top division and gained experience with Paniliakos, they now had to deliver for an Olympiacos side that was desperate to return to its former glories and more.