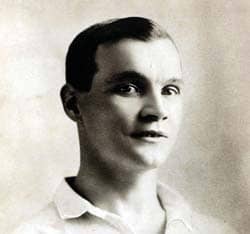 What does the name Norwich City stir in the memory of club historian John Fennelly? We find out.

In 1915, Norwich became the last non-league side to knock us out of the FA Cup. We were in Division One at the time, but Southern League City beat us 3-2 at the Nest at the second round stage to compound what would be a miserable season for us as we would be relegated at its conclusion.

There was some criticism of the league at the time for still playing a domestic season following the outbreak of the First World War, but the competition’s national outlook would end during the subsequent close season and a more localised campaign adopted.

Jimmy Cantrell scored at Norwich alongside an own goal from Joe Lansdale. Danny Wilson netted twice for the home side with Wally Taylor also on target.

It was the opening day of the 1984/85 season and I was sent to Carrow Road in my newspaper days to cover Norwich taking on reigning champions Liverpool.

There was also added interest in centre-half Steve Bruce who had just been signed from Third Division Gillingham and was making his top-flight debut for City.

It didn’t go well for the likeable Bruce. There was barely 30 seconds on the clock when he headed home an own goal. And he readily admits that he beat his own keeper again with another header 25 minutes later, but that goal was not subsequently blamed on him!

To their credit, the Canaries came back from two goals down to draw 3-3.

Norwich finished the season as League Cup winners, beating Sunderland in the final. Both clubs went down despite City finished nine points clear of the Black Cats. Still, they returned to Division One the following season.