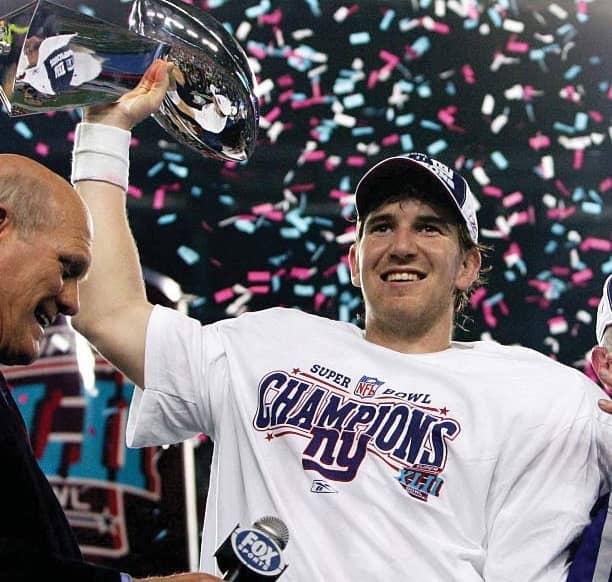 It isn’t a common occurrence for a fan of an NFL football team to wake up dreaming about how your favorite warriors are on the brink of a dynasty. Yes, the fans of the ‘70s Steelers experienced it. The ‘80s 49ers did as well and of course, the modern-day Patriots are still living it.

But did you ever think that Big Blue was on the same path as those aforementioned teams?

The 2007 New York Football Giants were coming off a stunning Super Bowl victory over the heavily favored Patriots — the undefeated Patriots mind you — and were riding high well into the 2008 season with a record of 10-1. That year “repeat” (or, more appropriately, G-Peat) was on everyone’s mind.

“That year, I tell people all the time, was the most fun I’ve ever had in my life,” Giants center Shaun O’Hara recently told the NY Post. “That year we really kicked the snot out of people. I couldn’t wait to get to the stadium on Sunday and dominate, we were that good.”

The Giants won the first four games, somehow got crushed by the Browns on Monday Night Football, then ripped off six more victories, even steamrolling the powerful Ravens defense to jump out to a 10-1 record heading into December.

The Giants were no longer viewed as some fluke team who beat the Patriots the previous February, but rather, a powerhouse who were well on their way to another Lombardi Trophy.