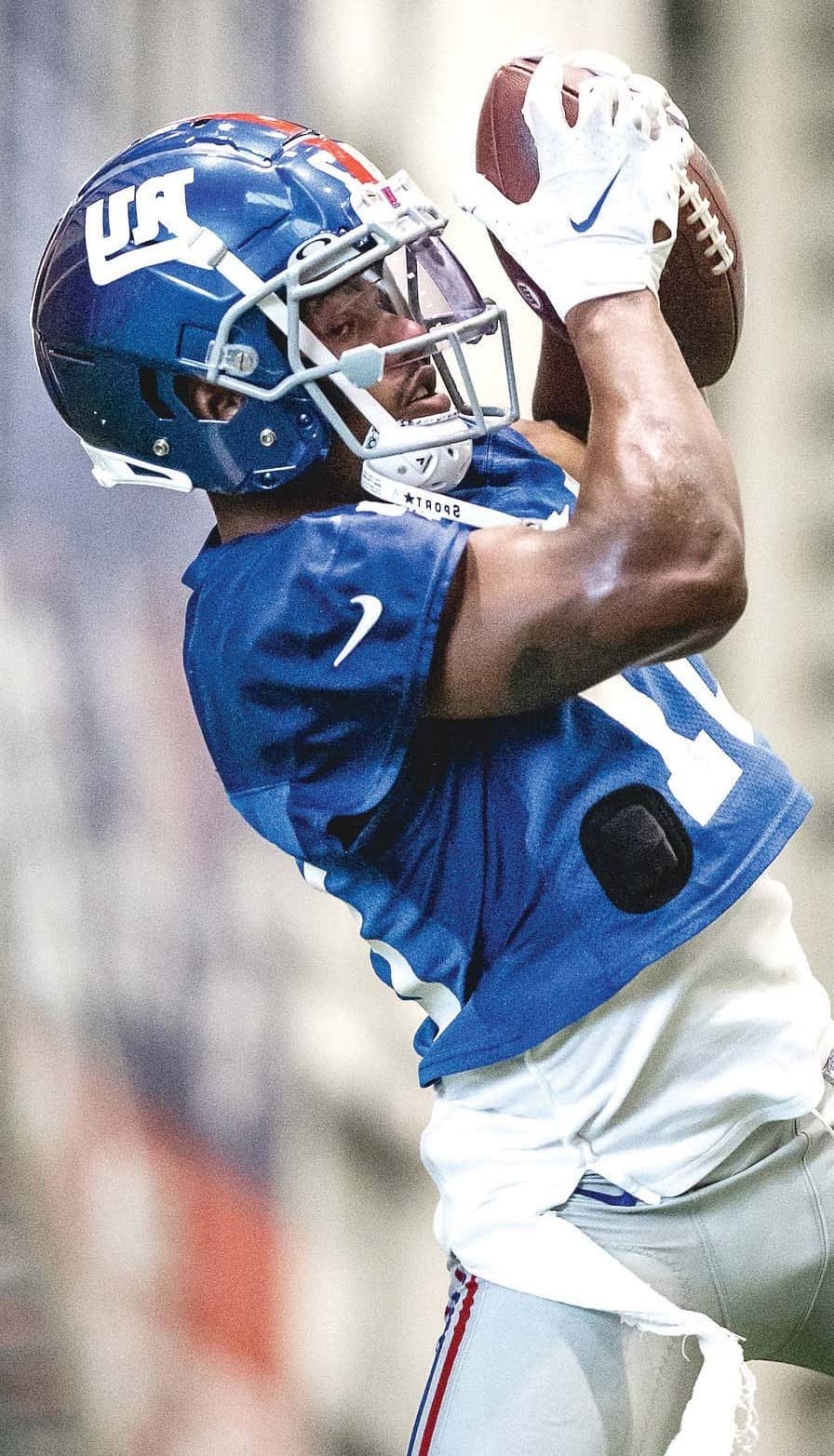 Giants wide receiver Sterling Shepard has become one of the faces of the franchise, expounding on the positives and hoping to fulfill the promise while sporting that infectious smile he brought with him four years ago from the University of Oklahoma.

Shepard is entering his fifth season with the Giants this summer and has become a mentor for many of the younger players in camp. Shepard, 27, was a second-round selection out of Oklahoma in the 2016 NFL Draft and his career is at a crossroads.

Shepard began his time with the Giants as the third wheel behind the likes of Odell Beckham Jr. and Victor Cruz but he still made an impact as a rookie with 65 receptions for 683 yards and eight touchdowns. Since then, his career has been one that seems to be on the verge of moving to the next level.

Unfortunately, that hasn’t happened for Shepard. Injuries shortened two of his next three seasons, keeping his numbers in check. Last year, he was held out of six games, mainly due to the two concussions he sustained. Concussions can be both tricky and scary, and the Giants were forced to proceed with caution regarding Shepard’s health last season.

This year, the coronavirus restrictions threaten to hold back Shepard again. He is healthy, however, and if he can play 16 games, he could finally rack up the statistics to match his talent.