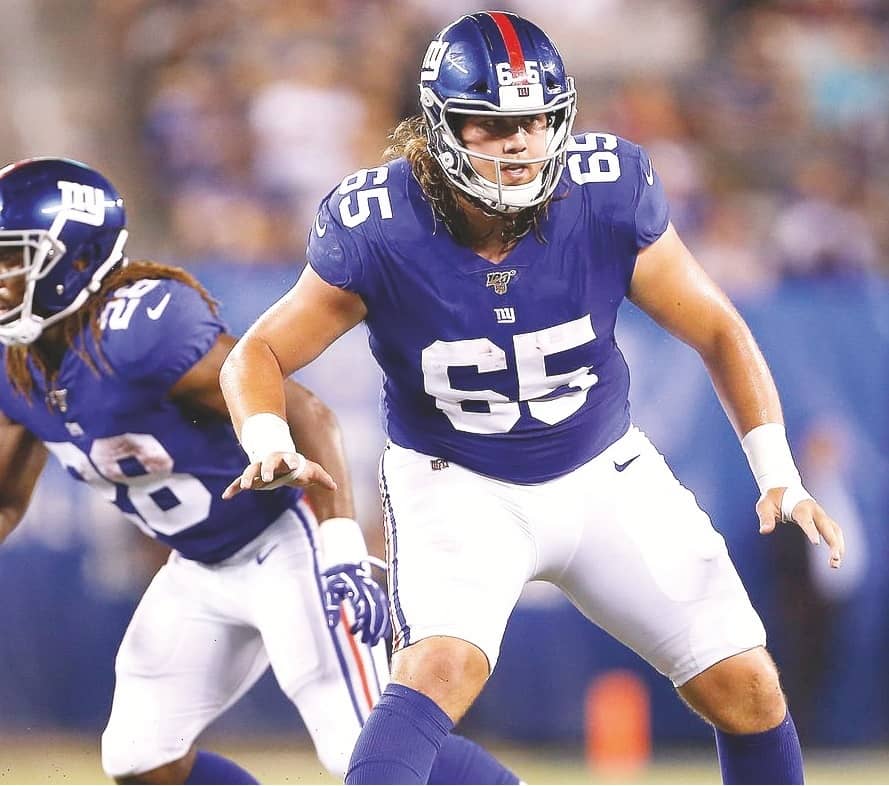 TGI: Nick, you grew up in Las Vegas. How did you wind up going to the University of Nebraska?

NG: As soon as I got there I felt it was home. I connected with the coaches and fell in love with the tradition. With all the tradition of the offensive linemen there, I felt it would be neat to be the next good one. It just felt right when I made the decision and it worked out.

TGI: Were you happy when Nebraska made you a tackle? Is that where you wanted to play?

NG: It didn’t matter to me. I just wanted to get on the field. I had an opportunity to get on the field pretty fast so I was like, ‘yeah, sounds good’ (laughs). Did I think guard was maybe a better fit? Yes, but I was happy to start hitting people.

TGI: What did you learn from your first year with the Giants on injured reserve?

NG: First thing I learned was to just be patient, let the injury heal and not rush anything. After that, I learned a lot from my teammates about learning the playbook. I guess it was sort of like a redshirt year in college where you have to learn the playbook, get faster, get stronger and be ready for the next season. Being out a whole year definitely matures you fast in this league.