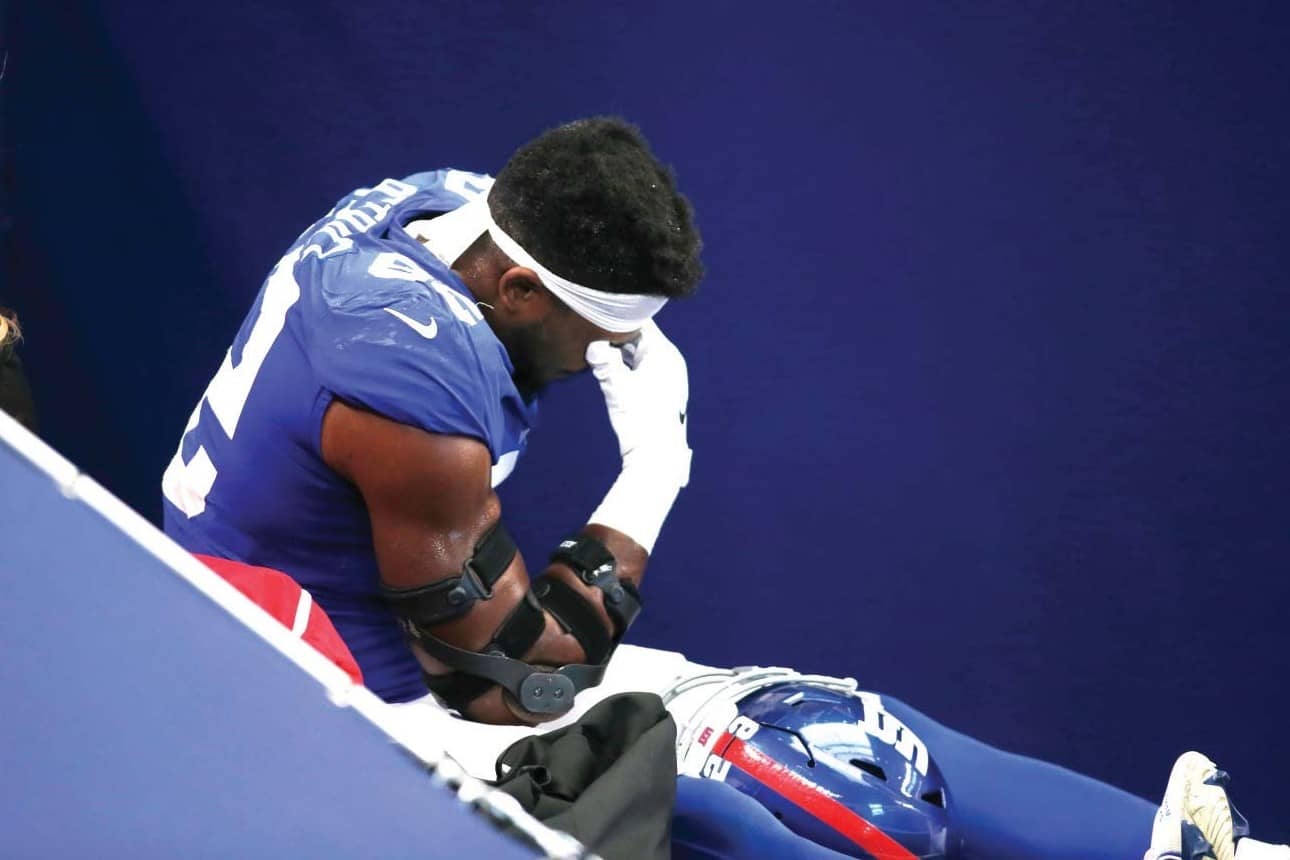 The Giants lost one of their up and coming players on defense for the remainder of the season to a ruptured Achilles tendon.

Lorenzo Carter, 24, was a rising star for defensive coordinator’s Patrick Graham’s defense and was flourishing in his third year, but now the impact Carter was starting to make will have to wait until 2021.

Carter was on the field for only 10 snaps against the Dallas Cowboys when he went down with 11:23 remaining in the first quarter. The devastating injury cost the Giants their top outside linebacker, something that wasn’t overlooked by head coach Joe Judge.

“He’s an integral part of this team,” Judge said. “He’s a great dude in the locker room, he’s a blast to coach. The good news is for him with these injuries now is that they get back on the field as soon as possible.”

Carter had surgery on Tuesday and was placed on injured reserve. Given the nature of the injury, Carter won’t be expected back until early next season, as rehabilitation usually takes at least a year.

Carter finishes the season with 15 tackles and one sack. He is second on the team with nine quarterback pressures.

The Giants are also without outside linebacker Oshane Ximines for at least one more game, leaving them thin at the outside spot.