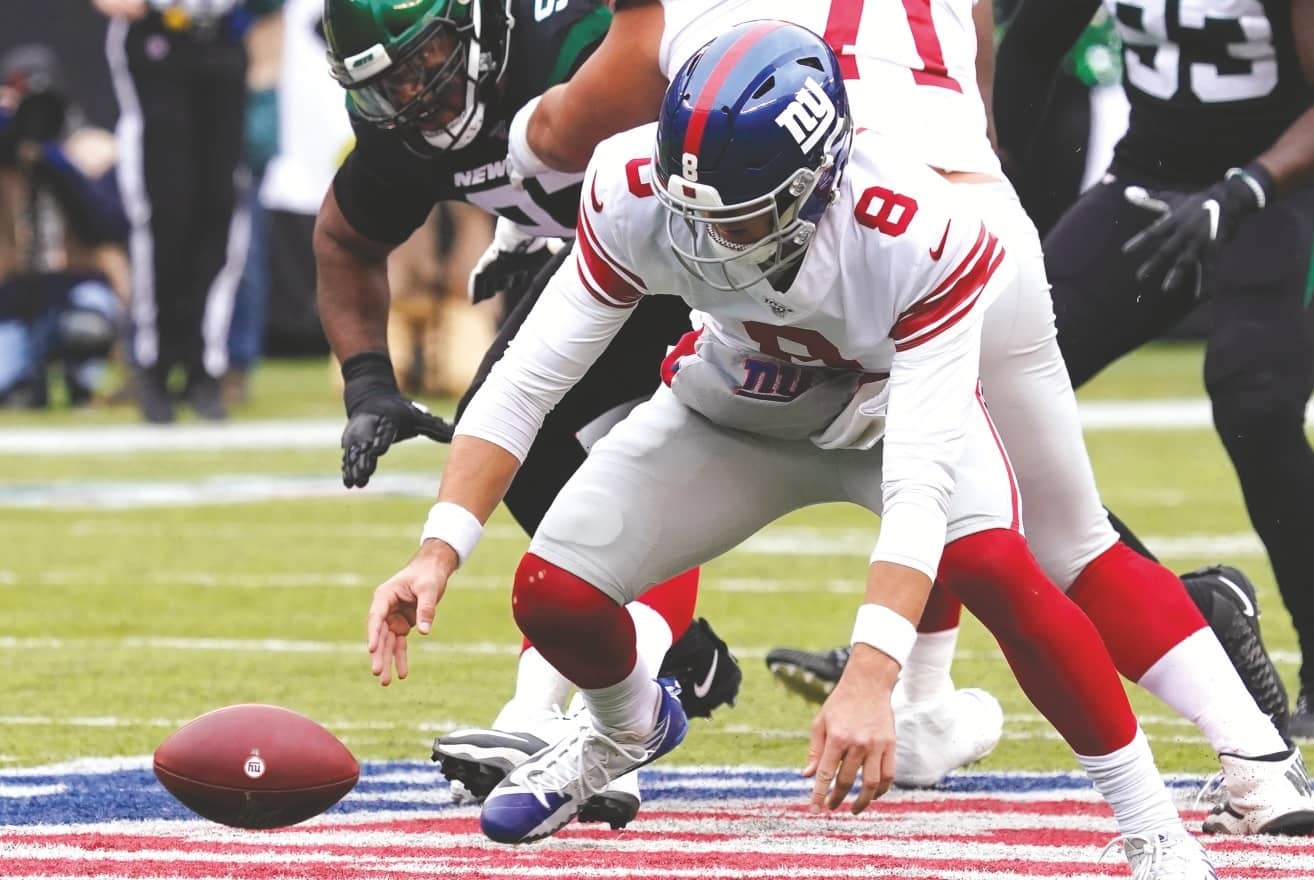 Daniel Jones determined to end what could impact his future

Giants quarterback Daniel Jones is having a statistically historical rookie year and is proving general manager Dave Gettleman right in choosing him to be Eli Manning’s successor. There is however, one notable caveat — turning the ball over.

Jones (as of press time) has completed 62.5 percent of his passes for a shade over 2,000 yards and leads all rookie quarterbacks with 17 touchdowns, but his 10 lost fumbles (14 total) hovers over his progress like an ugly storm cloud in January.

“There’s certainly a number of things I need to work on,” said Jones. “But yeah, that’s definitely one of them. Right now I’m seeing the field (well) and we’re getting into the end zone, but it’s all for naught if I keep turning the ball over. The fumbling is the most critical thing I need to correct, so I’ll keep working on it.”

For all the criticisms of head coach Pat Shurmur, the fumbling issues of his star pupil are not among them. It’s up to Jones to be aware when he’s about to get hit and maintain proper ball security.

“We work with Daniel all the time,” Shurmur said. “We conduct different drills in practice, always making him aware on ball-handling technique. He isn’t the only rookie quarterback to have these issues. He will get it.”