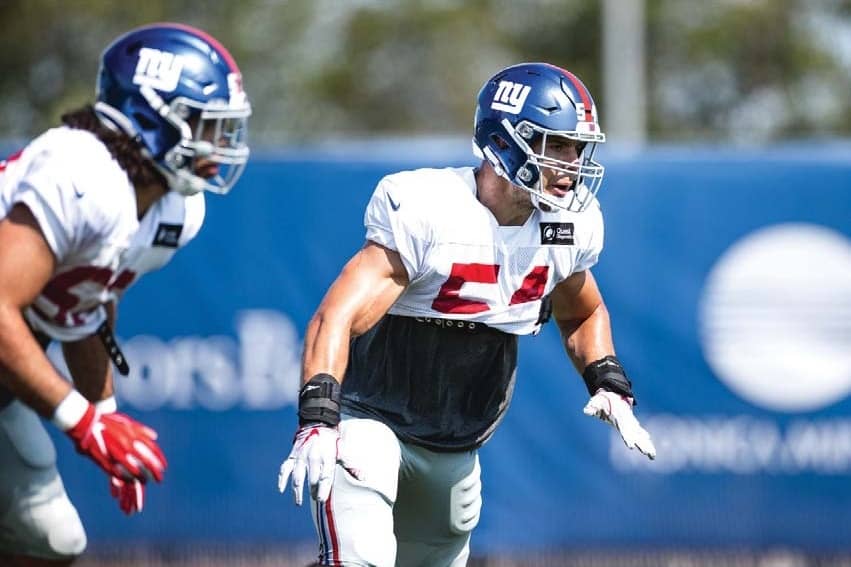 General manager Dave Gettleman made some significant changes to his team’s roster this offseason. He specifically focused his attention on revamping the offensive line and linebacking corps, two units that should be noticeably stronger than they have been over the past few seasons. Arguably the most important move that Gettleman made during the last five months was the signing of Blake Martinez.

Martinez signed a three-year, $30 million contract with the Giants in late March. For a guy that has recorded more than 140 total tackles in each of his last three seasons, this was a very smart deal. Martinez will now take over the position that Alec Ogletree had for the Giants in 2018 and 2019. Ogletree was a turnover machine during his time in East Rutherford, as he had six interceptions (including two returned for touchdowns) over the two seasons he spent with the Giants. However, he was never as good of a tackler as Martinez was when he was with the Green Bay Packers.

Not only are the Giants getting an excellent tackler in Martinez, he is someone who can be the leader of their defense for the next few years. More importantly, he wants to take on this role. During a Zoom call with reporters earlier this month, Martinez made it clear that he is comfortable taking on this significant responsibility right away.

“I pride myself on not being too flustered in any moments and being that rock for the defense,” he said. “Especially obviously for me being the quote, unquote, ‘quarterback of the defense’. Being that guy that’s always calm, cool, and collected.”

With his leadership and experience, Martinez will be a good mentor to many of the younger players on the Giants’ defense. Gettleman decided to use four of the Giants’ 10 draft picks this year on linebackers, as he selected Cam Brown, Carter Coughlin, T.J. Brunson and Tae Crowder. While only some of these rookies will likely be a major part of the Giants’ defense in 2020, having the opportunity to learn from Martinez will be huge for them. Additionally, Martinez has something in common with all four of them in that he was not a high draft pick either. A fourth-round pick out of Stanford back in 2016, he is proof that you do not have to be selected in one of the first few rounds to be a successful player in the NFL.

Martinez’s presence should also be beneficial for some of the other younger defensive players. Ryan Connelly and Lorenzo Carter could both be key players for the Giants’ defense this year. Connelly only played in four games during his rookie season due to an injury, but before getting hurt he already had two interceptions and a sack.Carter had 45 total tackles, 4.5 sacks and a forced fumble in 15 games played in 2019.

Having the opportunity to play alongside Martinez should definitely help increase their overall knowledge of the game.