It's now or never 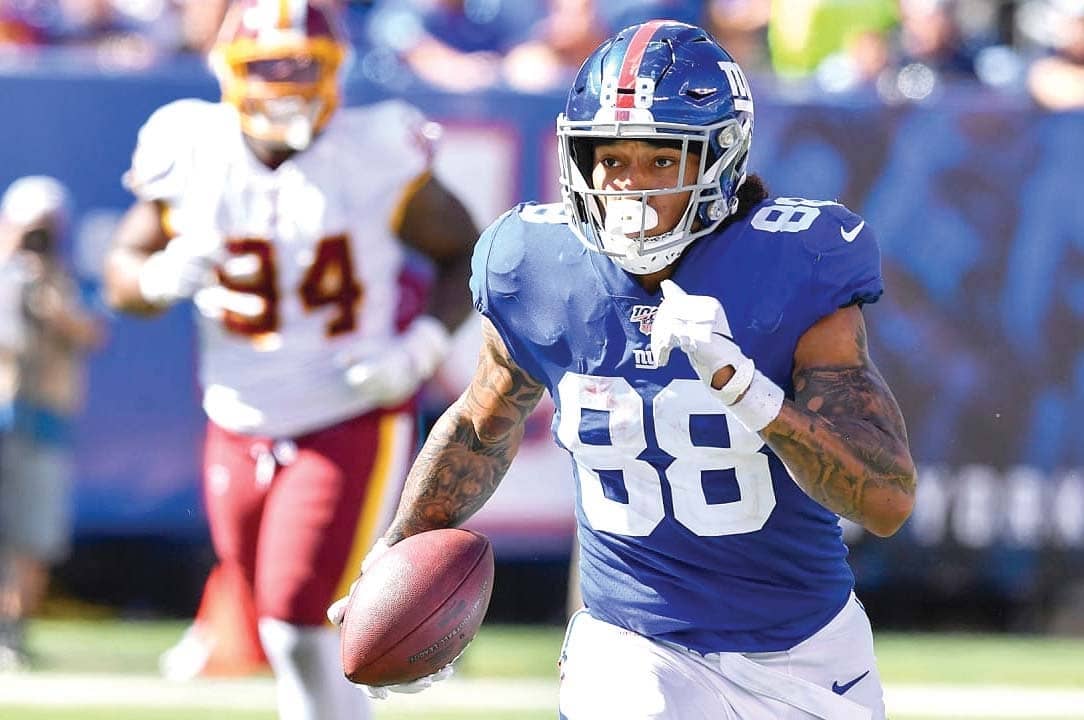 This is the time for Evan Almighty

One of the biggest questions for the Giants heading into training camp revolves around their starting tight end. What kind of production will they get out of Evan Engram this season? The former first-round pick out of Ole Miss had an impressive rookie season in 2017 but has battled multiple injuries over the past couple of years. With a new head coach and offensive coordinator (one that loves to utilize his tight ends) it would not be a stretch to say that 2020 is going to be a make-or-break year for Engram.

Now about to enter his fourth season in the NFL, Engram has an opportunity to really stand out in the Giants’ offense. During his four-year playing career at Ole Miss, he amassed 2,320 receiving yards and caught 15 touchdowns. Engram had 926 receiving yards and eight touchdowns in 11 games played during his senior season. He came into the NFL as part of a tight end class that included O.J. Howard, David Njoku and Gerald Everett.

Expectations were clearly high for the player who wound up being Jerry Reese’s final first round pick as general manager of the Giants. There was plenty of dysfunction in East Rutherford during Engram’s rookie season, as head coach Ben McAdoo and Reese were both fired before the end of the year. Even though it was an unstable situation, he still managed to have a respectable year. Engram led the Giants in receptions with 64, was second in receiving yards with 722 and reeled in a team-leading six touchdowns. Although the Giants finished 2017 with a disastrous 3-13 record, their rookie tight end’s solid performance was something positive that fans could take out of that miserable season.

Unfortunately, Engram was not able to build off his solid rookie season. He missed five games in 2018 due to a sprained MCL and a foot injury. He only ended up making eight starts that season and had 45 receptions for 577 yards and three touchdowns.

At the beginning of the 2019 season, it appeared as though Engram was finally starting to emerge as a top tight end in the league. He posted his first 100-yard game of his career during the Giants’ Week 1 loss to the Cowboys, catching 11 passes and a touchdown. Two weeks later, he hauled in the first touchdown pass of Daniel Jones’ career. The 75-yard catch-and-run was the longest play of Engram’s career. In that thrilling 3231 win over the Tampa Bay Buccaneers, Engram had six catches for 113 yards.