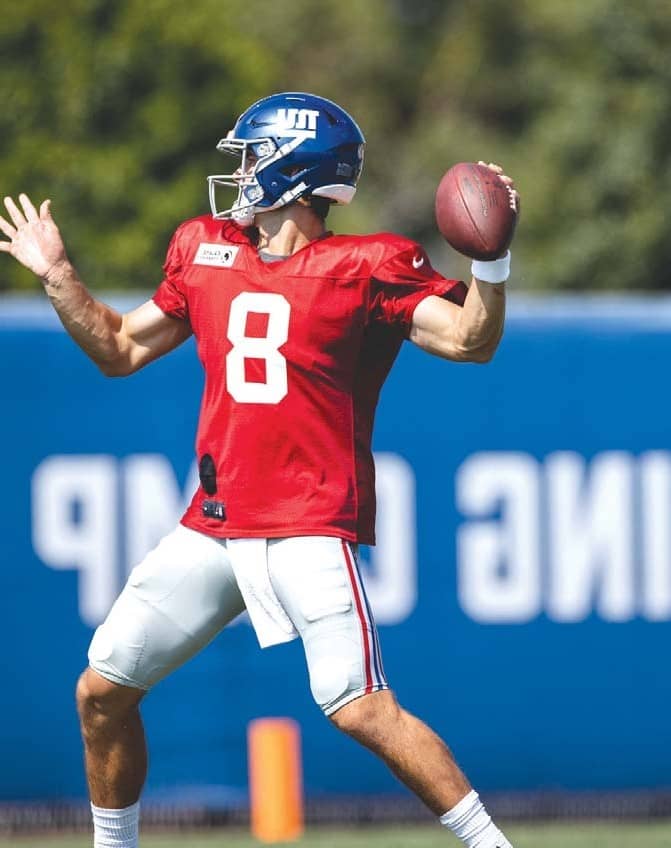 The second year signal caller is ready for the spotlight

That is what Daniel Jones told the media via his Zoom meeting when asked about the pandemic affecting the offseason program.

“We have to come every day ready and prepared,” said the franchise quarterback. “Every team is in the same boat, it’s on us to be ready for the season.”

With a second-year quarterback entering his first campaign as the No. 1 starter, and a whole new system to learn, a brand new head coach, offensive coordinator and quarterbacks coach, built-in excuses could be used in these strange, COVID-19 times.

“It’s on me to learn the system as quick as I can, as effectively as I can,” Jones said. “We have practice to do that. There is no excuse to not be prepared, we might get beat on the field, but there’s no excuses not to be prepared.”

This comment might as well have been scripted by Eli Manning, who never used an excuse for not getting the job done. Better yet, it could have been scripted by Joe Judge, who thus far is preaching “no excuses” to every player he encounters. I think Judge may even be telling the tackling dummies, “No excuses!”

But in all seriousness, Jones has been handed a stacked deck of cards in his second year. But there is no doubt he can handle it.