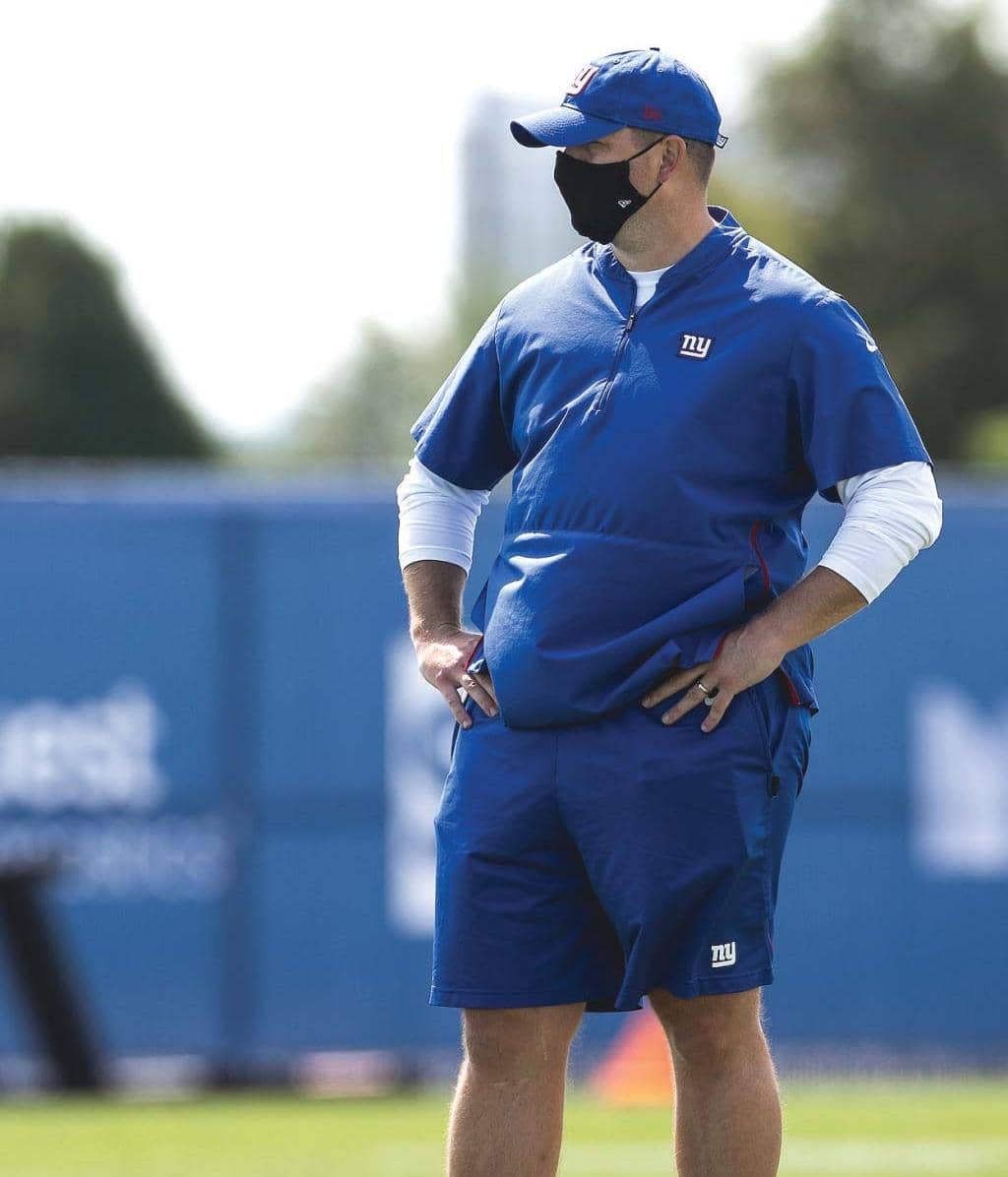 On the first day of the 2020 training camp, the presence of head coach Joe Judge was immediately felt. He raced from one field to another as he barked orders, instructed players, and yes, he dropped numerous expletives to get his point across.

CHRIS BISIGNANO
Judge was immediately a major presence and that’s just the way he likes it.

“I want the team to know I’m there,” Judge said. “I want them to know I’m watching everything. Yes, I have my own way of getting a point across, but it’s for the benefit of the player, the team.”

When Judge searched for his coaching staff after he was hired as head coach, he looked for teachers, not just coaches. Judge wanted to oversee every little thing on how the coaches would interact with the players.

“It’s so important to hire teachers, not just a coach telling a player what he did wrong,” Judge said. “I want my coaches to find out what a player does well, not just want he needs work on. If you don’t want to teach, then you’re not for me.”

Judge’s young, enthusiastic style has brought a fresh energy to every practice, a much-needed jolt of energy after the last two boring Pat Shurmur-led training camps.

“Coach Judge never stops,” Sterling Shepard said via Zoom. “He’s like a ball of energy. He’s always on us, but in a good way. Yes, some of his rules might be a bit different, like the laps, but it’s on us not to make mistakes and accept the coaching.”