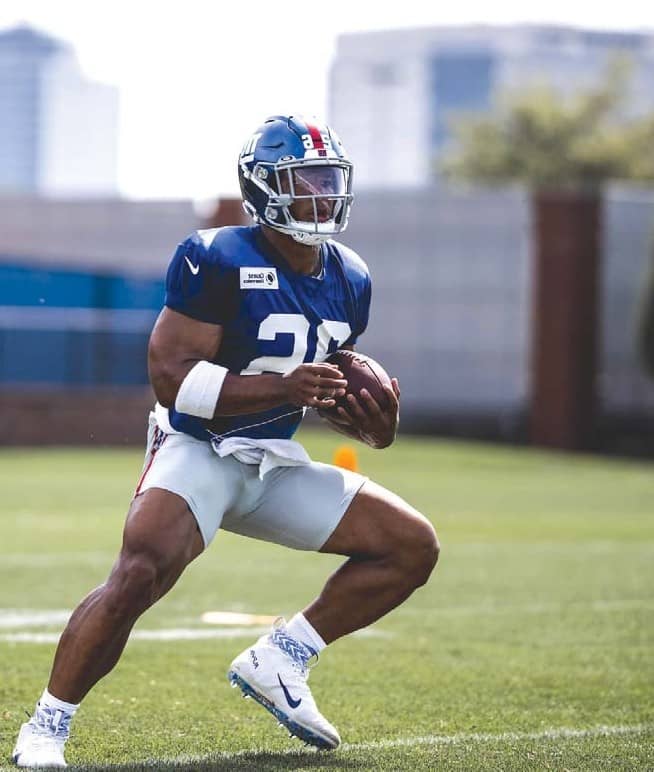 The Giants have a decision to make with their star RB

Can you believe how time flies?

Saquon Barkley, the man whom the Giants general manager described as being “touched by the hand of God” is entering his third season in Blue. Barkley was drafted in 2018, which makes him eligible to negotiate a contract extension after this season, thus presenting a serious debate: should the Giants make Barkley the highest paid running back in the NFL after the 2020 season?

To think the Giants and Barkley are not headed for a long-time marriage is difficult to imagine. Let’s face it, when the Giants made Barkley the No. 2 overall pick in 2018 (the highest running back drafted since 2006) they unofficially signed a lifetime contract with the superstar. But when will this life-long commitment be solidified?

Will it be next offseason? That would fall in line with pre-fourth season extensions received by Ezekiel Elliott, Christian McCaffrey, and Todd Gurley. Or will the Giants push off extension talks until the NFL recovers from the COVID-19 salary cap lost revenue?

These are questions that will certainly be asked to Dave Gettleman but don’t for one second think he doesn’t know it.

“I know you guys (media) will be hammering me next spring,” Gettleman said. “We want Saquon to be a Giant for life.”

But will it be next spring?

“I don’t think he will give them a choice but to do a deal next year,” former Eagles and Browns President Joe Banner recently told the NY Post. “And I don’t think he should.”