Top Knock From Knight Has Gone Down A Storm 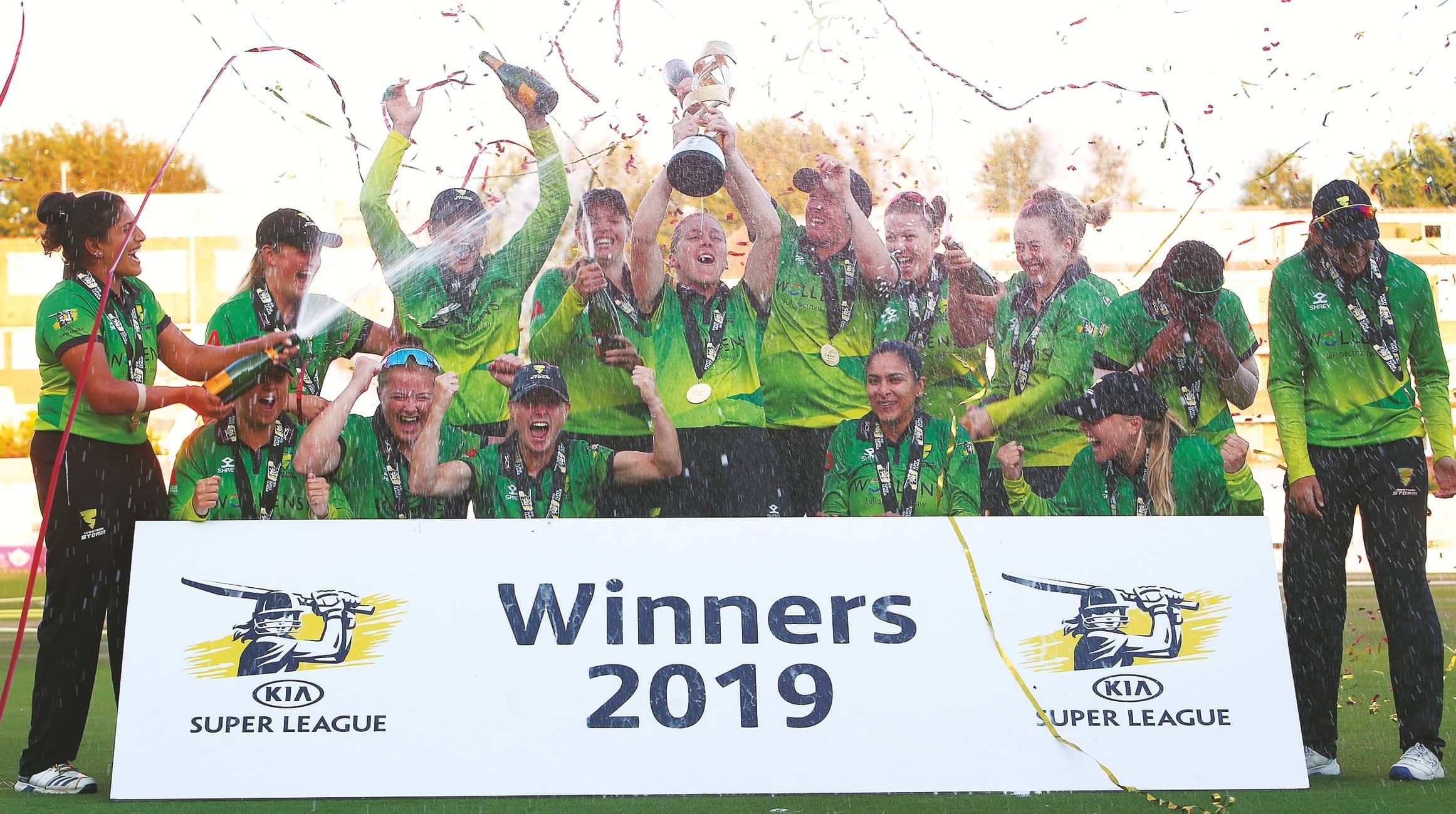 CRICKET has not been short of redemption tales this summer and England captain Heather Knight was the latest to add hers to the list when she steered Western Storm to Kia Super League glory.

With Southern Vipers looking favourites for victory at Hove after posting 172-7, Storm needed something special from their captain to complete a challenging chase and she duly delivered, hitting an unbeaten 78 off 53 to steer her side to a sixwicket victory and their second Kia Super League title.

After England’s Ashes humiliation and the departure of head coach Mark Robinson, Knight was delighted to get back to her best to give a good sendoff to the Kia Super League

before the Women’s Hundred replaces the competition next summer.

“It was special,” said Knight. “We deserved to win the final, the way we’ve played. It shows the fight of that group of girls – the belief we’ve had and built up over the last 10 group games.

“I’m so pleased for Trevor Griffin, our coach, who has worked so hard to get us where we are.

“What a finish to the KSL and what a game. We managed to hang on in there with good bowling at the death and we're really chuffed.

“We were desperate to lift the trophy twice and become the most successful KSL team ever and it’s testament to the hard work all the girls have put in.