Stokes And Archer Take Dominant England To Next Level 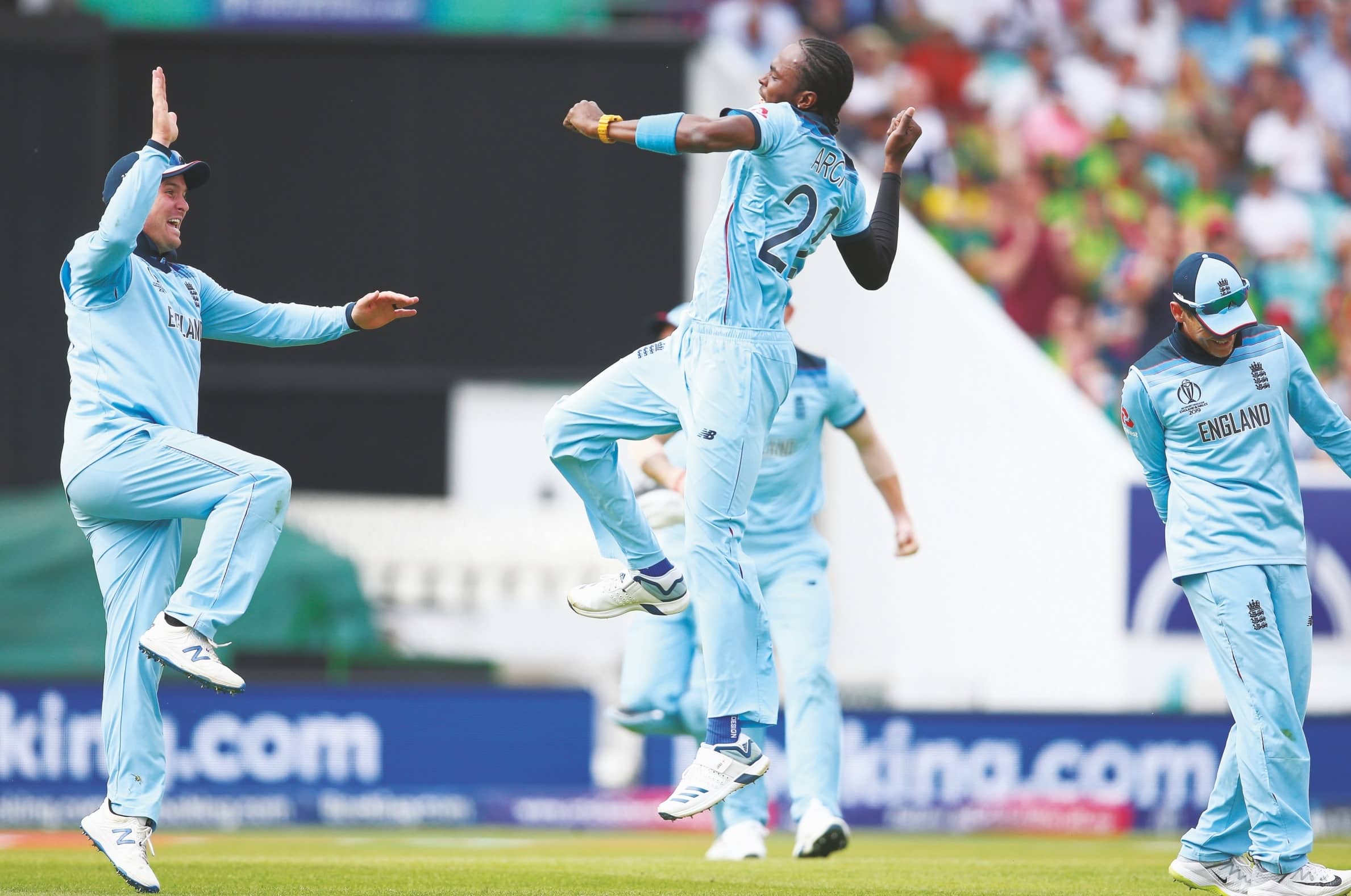 THOSE questions about whether Jofra Archer’s presence in the England squad would undermine team spirit seem like a lifetime ago after the fast bowler ensured the hosts and favourites got their World Cup off to the perfect start against South Africa.

Chris Woakes, David Willey and Mark Wood all publicly pondered the impact parachuting Archer into a squad that has risen to No1 in the word without him would have.

His answer here during this 104-run win against the world’s No.3-ranked team was emphatic.

On a day where England’s explosive batting line-up didn’t catch fire, Archer was at the heart of a bowling performance that dismissed South Africa inside 40 overs and suggests this group of players can indeed become the first England team to win a 50over World Cup.

Half-centuries from Jason Roy, Joe Root, captain Eoin Morgan, and Ben Stokes were the bedrock of an England batting effort that, for once, ultimately fell short of the team’s own lofty standards.

Although South Africa’s target of 312 was tough, it was still eminently gettable, especially with Quinton de Kock finding form to pass fifty for the 36th time in ODIs.

However, in Archer, England possess a rare talent and the Barbados-born quick showed just why his adopted country were so keen to fast-track him into their team once a tweak in the ECB’s residency ruled meant he qualified in March.

Archer’s figures of 3-27 from seven overs were good. Yet the raw statistics don’t actually do his actual performance justice.