Simple For Simon As The Eagles Soar Towards T20 Showpiece 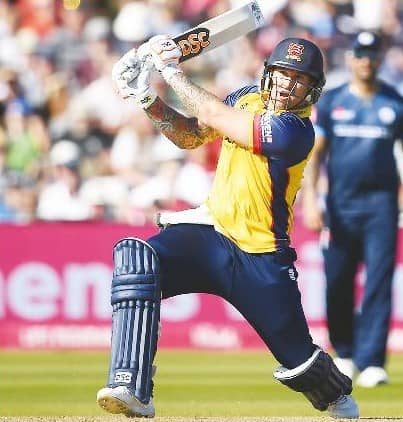 RAVI Bopara heaped praise on Essex captain Simon Harmer as he helped spin the Eagles into the t20 Blast final at Edgbaston with a 34-run triumph.

Harmer took a brilliant 4-19 off his four overs against Derbyshire Falcons to book his side’s place under the Birmingham lights, on a slow pitch that offered considerable assistance to an Essex attack who skilfully took pace off the ball.

The Eagles made a competitive 160-5 after Harmer won the toss and elected to bat, adapting to the bowler-friendly conditions as openers Cameron Delport (55) and Tom Westley (39) set the tone.

And they ruthlessly defended their total against a Derbyshire side who never really looked like threatening, with Aron Nijjar also helping himself to three wickets to finally put an end to the underdogs’ valiant run in the competition.

“Simon’s an unbelievable spinner,” Bopara said. “He’s done an unbelievable job for us in Championship cricket, and if you give him a wicket like this he’s going to be dangerous.