Ross Is The Boss, Leaving Northants On The Brink 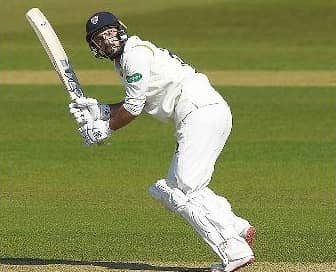 NORTHAMPTONSHIRE stand on the cusp of a return to Division One of the County Championship for the first time since 2014 after dominating their crucial meeting with Durham.

Both sides were unbeaten since May but it was Northants who grasped their moment to leave them needing a maximum of four points from their final game against fellow promotion chasers Gloucestershire at Bristol to seal their place in the top flight.

The home side were sent in under some of the worst batting conditions of the season. Heavy, dark cloud hung over the ground throughout the first day and play was only possible because of floodlights, which only helped the ball move further.