Punch Drunk Cidermen Are Left In A Daze By King Kyle 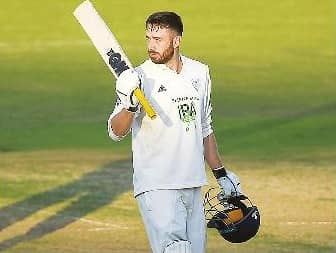 KYLE ABBOTT recorded the best-ever figures for a fast bowler in a County Championship match and took the most scalps in a game for 63 years before admitting: I can’t bowl any better.

The statistic and historical records just kept dripping in the South African’s direction after Abbott twice ripped through stunned title challengers Somerset to produce a scarcely believable analysis of 17-86.

First time around, where he took 9-40, it was quick seam movement from a helpful pitch which helped Abbott, but the Proteas Kolpak paceman had to patiently wait for the ball to reverse swing to return 8-46 in the second innings.

His match figures were the best ever recorded by a Hampshire bowler in the firstclass match and the fourth best in County Championship history.