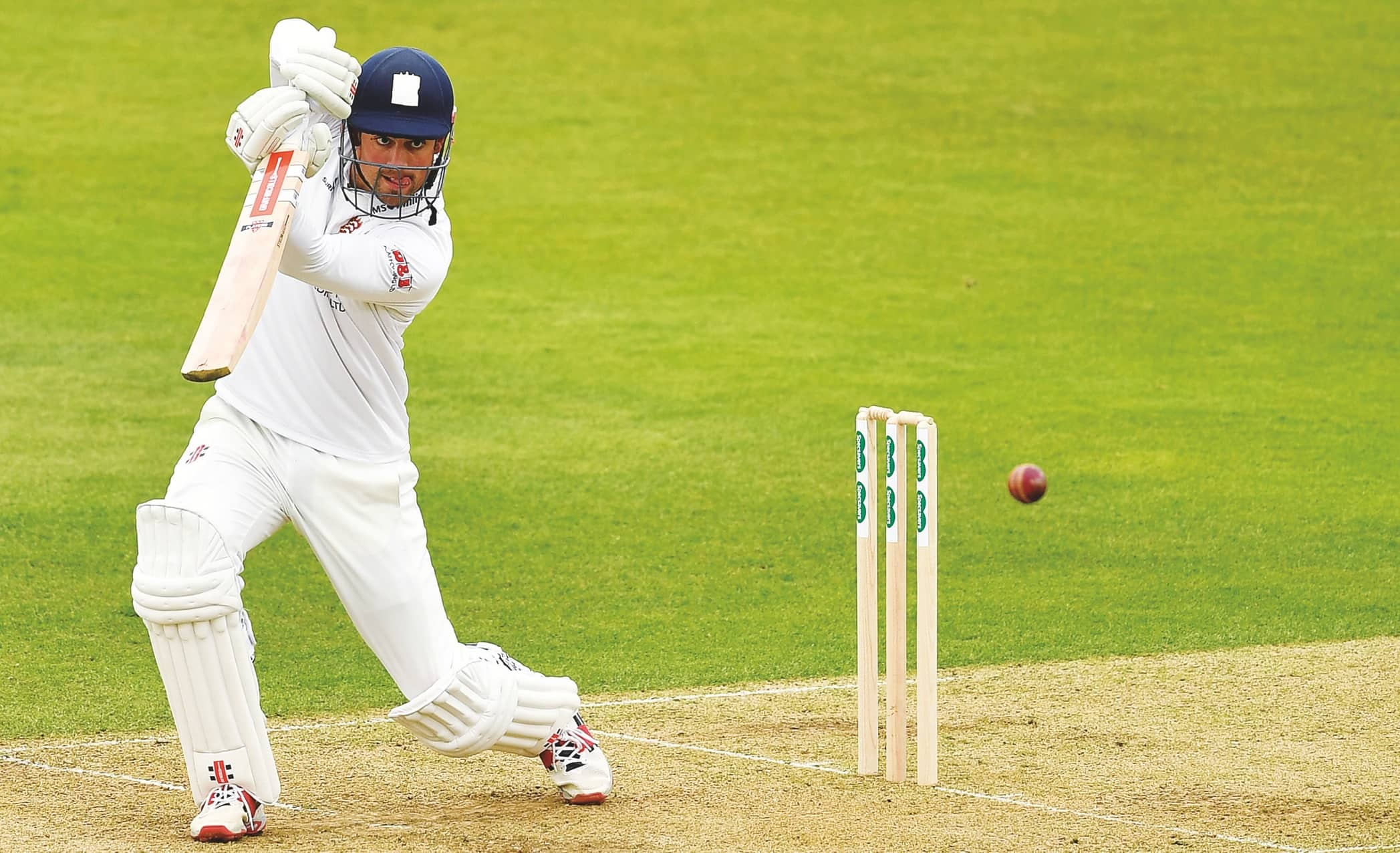 A BREAK and a knighthood appear to have done Sir Alastair Cook no harm at all.

Six months and 19 days after his dream sign off with England at the Oval ended three runs short of 150 against India, England’s greatest ever Test run scorer got back to work.

The surroundings were a little less salubrious, if no less significant, at Fenner’s in Cambridge, but this this time the left-hander made it to 150.

With the news that James Vince is the latest man looking to step up to the top of the order after Keaton Jennings’ catalogue of failures ended in the West Indies, Cook’s effort were another stark reminder of England’s batting woes.

His 150 not out came from 248 balls, yet more evidence that England should be doing all they can to bring the great man out of retirement.

He was ably abetted by Adam Wheater in their first innings, who also made a century. The keeper’s 130 came from 167 balls and included 19 fours and three maximums as the students toiled in the field.

They didn’t fare much better with the bat when their turn came either, skittled for 176 first time around. Aaron Beard was the star with 3-24 and a run out, while Jamie Porter looked back to something approaching his best with two scalps.

Back in went Essex, but the order was tinkered with to give other men more time in the middle.

And Nick Browne profited with 98 while Ravi Bopara also chipped in with 55 and when Essex declared at 232-3, Cambridge needed to hold on.

Ben Seabrook had been their lone resistance in the first innings with 44 not out but he was dismissed second time round for 15 as they university were on the verge of defeat heading in the final session.