Finn Is Fit And Raring To Go Again! 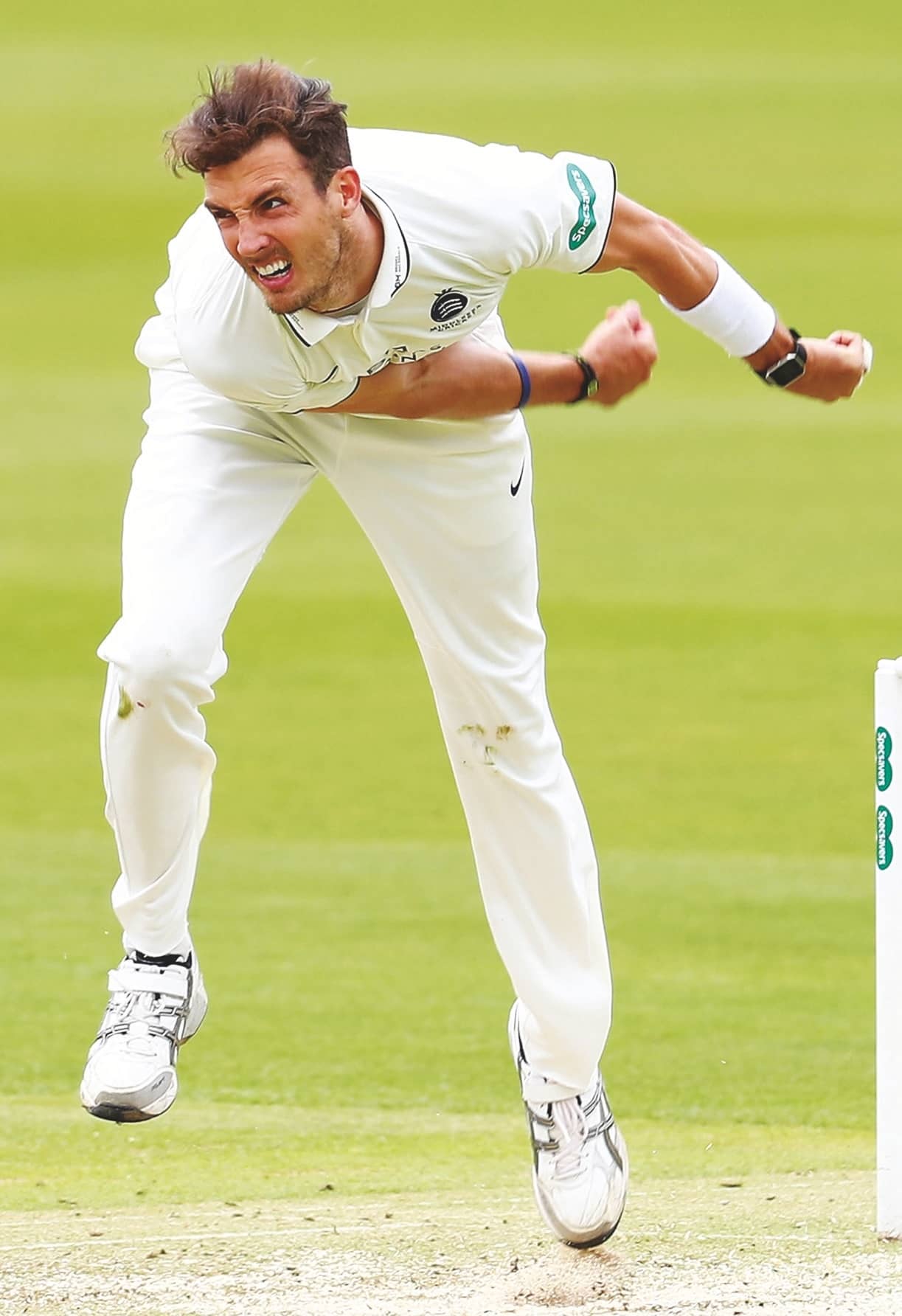 Jeremy Blackmore meets up with Middlesex pair Steven Finn and Tom Helm, both keen to make up for lost time after recovering from long-term injuries

Steven Finn has not given up hopes of playing international cricket again after recovering from the freak injury he sustained during England’s last Ashes tour. However, despite another Ashes series on the horizon, Finn, who has twice tasted success against Australia, insists his first priority is helping Middlesex win promotion back to Division One.

A veteran of 36 Tests, Finn’s trip to Australia in late 2017 was cut cruelly short when he tore cartilage in his left knee after a blow from his bat during net practice.

Despite surgery, it was a problem which continued to plague him throughout last season and his became the latest in a growing list of injuries which depleted Middlesex’s bowling stocks. Toby Roland-Jones and Tom Helm were also out for lengthy spells.

All three have now reported back fit for duty with a point to prove, providing a welcome boost for new head coach Stuart Law.

“So that’s on my radar, but a long way down the line. First and foremost, I want to do well for Middlesex, the county that has given me a lot and that I’ve played for my entire career. I want to get us as a club back up to the stature that we should be at.

“So, that is my first and foremost goal, to help us win games and to do well. Then, whatever comes with that, so be it.”

Finn recalls the injury problems which restricted him to four Championship games last season: “I had knee surgery when I came back from the Ashes and then had rehab.