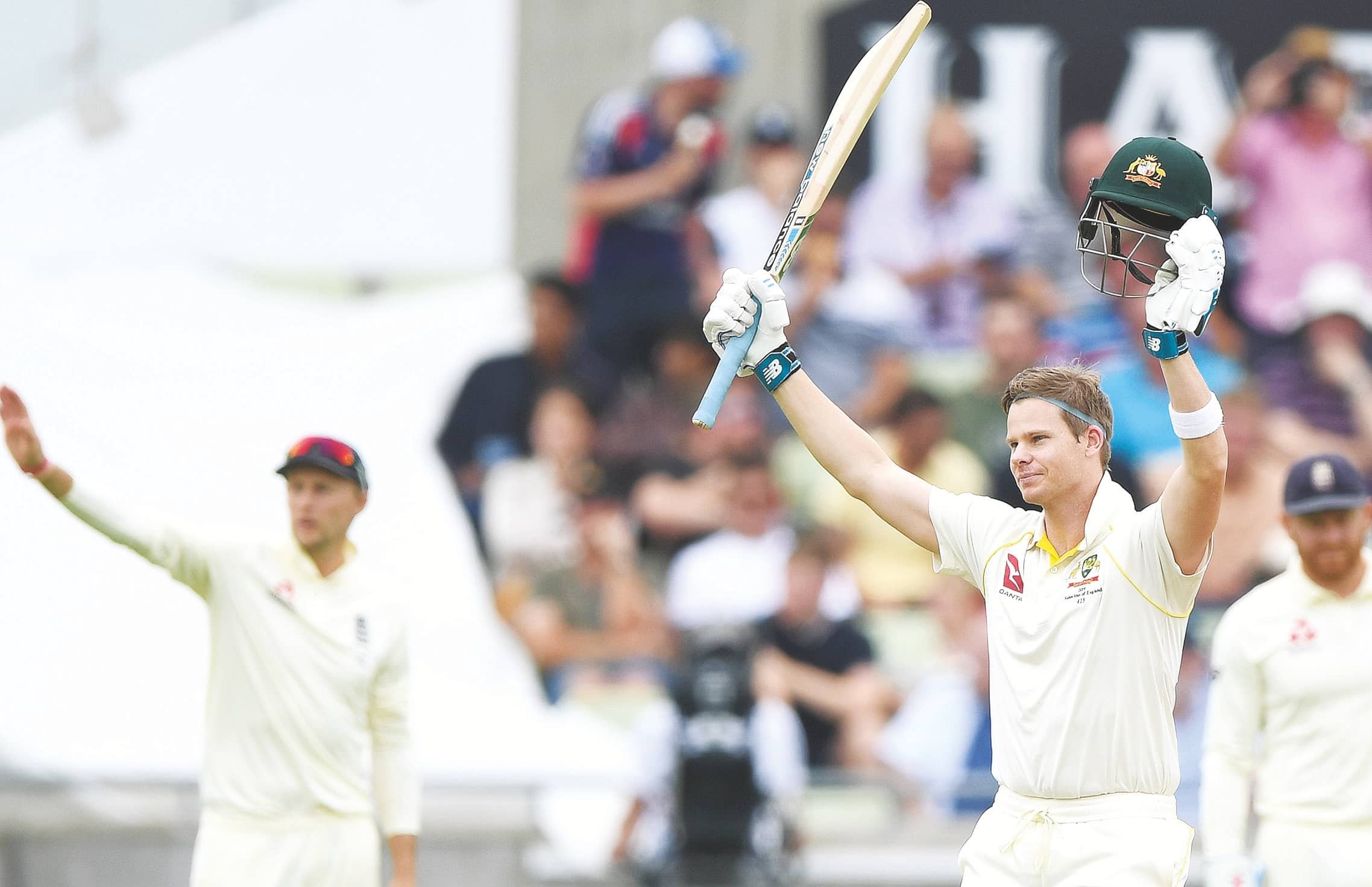 HOW do you solve a problem like Steve Smith? It’s a conundrum England were unable to answer as the Australian produced a virtuoso display of batting to almost single-handedly give his country first blood in this Ashes series.

Smith’s twin centuries at Edgbaston turned this opening Test on its head, his first helping his side recover from 122-8 on day one and his second setting up victory for Australia after England had taken a 90-run first-innings lead.

In the process, Smith not only completed his redemption narrative, the former Australia captain drawing comparisons with the great Don Bradman in his first Test back since serving a 12-month ban for his part in the ‘sandpaper-gate’ ball tampering scandal in Cape Town 16 months ago.

He also became only the fifth Australian to hit two centuries in the same Ashes Test after Warren Bardsley at The Oval in 1909, Arthur Morris at the Adelaide Oval in 1947, Steve Waugh at Old Trafford in 1997 and Matthew Hayden at Brisbane in 2002.

England could have done with James Anderson, their all-time leading wicket-taker, to counter Smith’s brilliance. Unfortunately he lasted just four overs of the first morning and has since been ruled out of the second Test at Lord’s with the calf injury that is threatening his whole series.

In a sense, this felt like the perfect storm for Australia, who not only capitalised on that lucky break but, thanks to Smith, came back from the dead in this match to ignite expectations that they can finally win an away Ashes series for the first time since 2001.