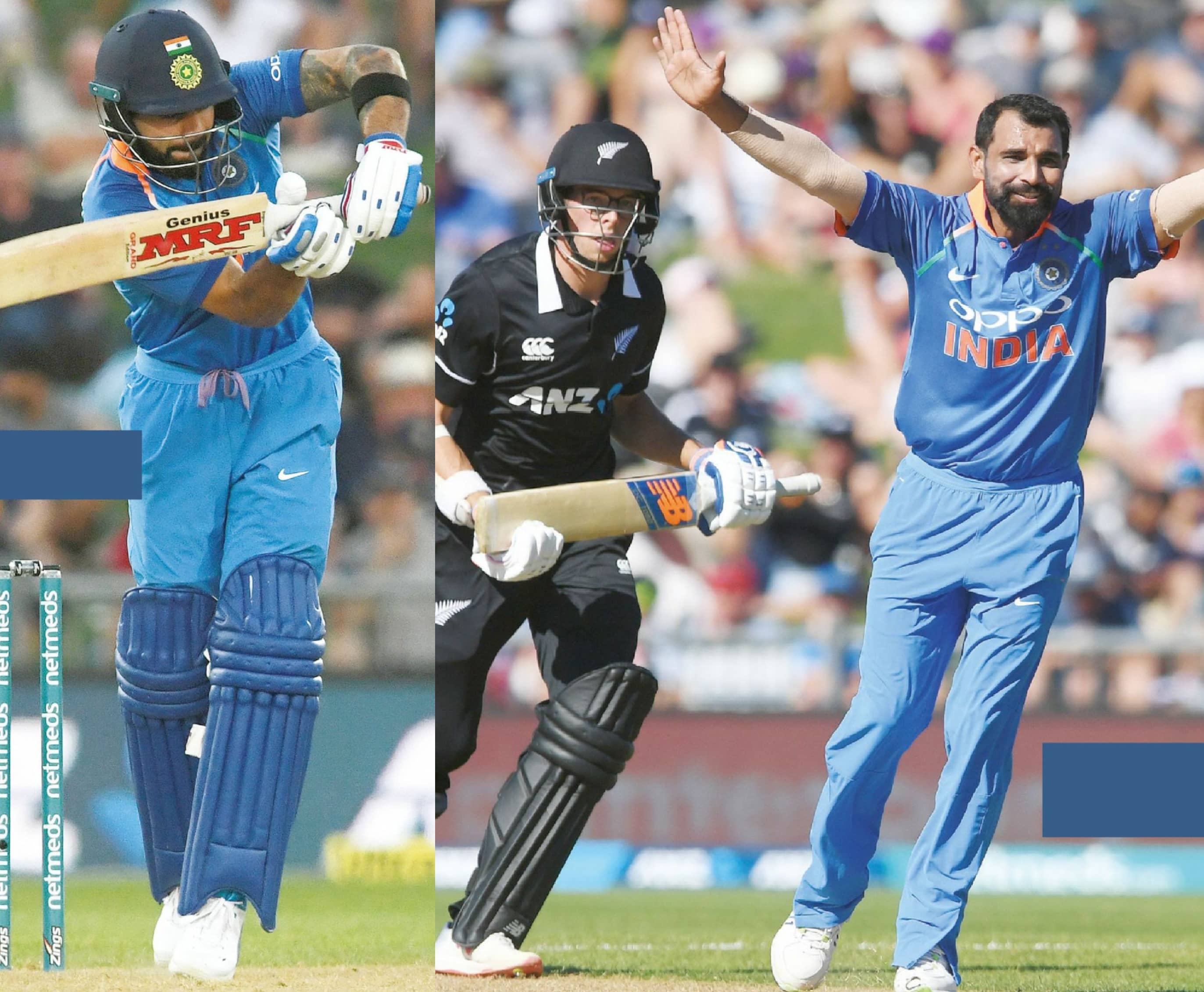 ONGOING Test series are smothering the spotlight but India set about underlining their status as the dominant bowling attack in one-day cricket with a convincing eight-wicket win over New Zealand.

As the Cricket World Cup in England and Wales this summer edges ever closer, Virat Kohli’s seam and spin battery continue to convince as his side crushed the Black Caps.

That came despite the absence of attack-leader Jasprit Bumrah and Hardik Pandya, whose team suspension, along with that of KL Rahul, for sexist comments, has now been lifted.

Seamer Mohammed Shami advanced his case for a spot in the side for the summer’s showpiece with 3-19 from six overs to restrict the hosts to a paltry 157 in Napier.

“I have always said this is the best bowling unit and the coaches can pick any of us for the World Cup,” said Shami.

Shami’s sheer accuracy alongside the guile of spin twins Yuzvendra Chahal and Kuldeep Yadav, who combined for six wickets in their 20 overs, strangled all but Kane Williamson, who made 64.