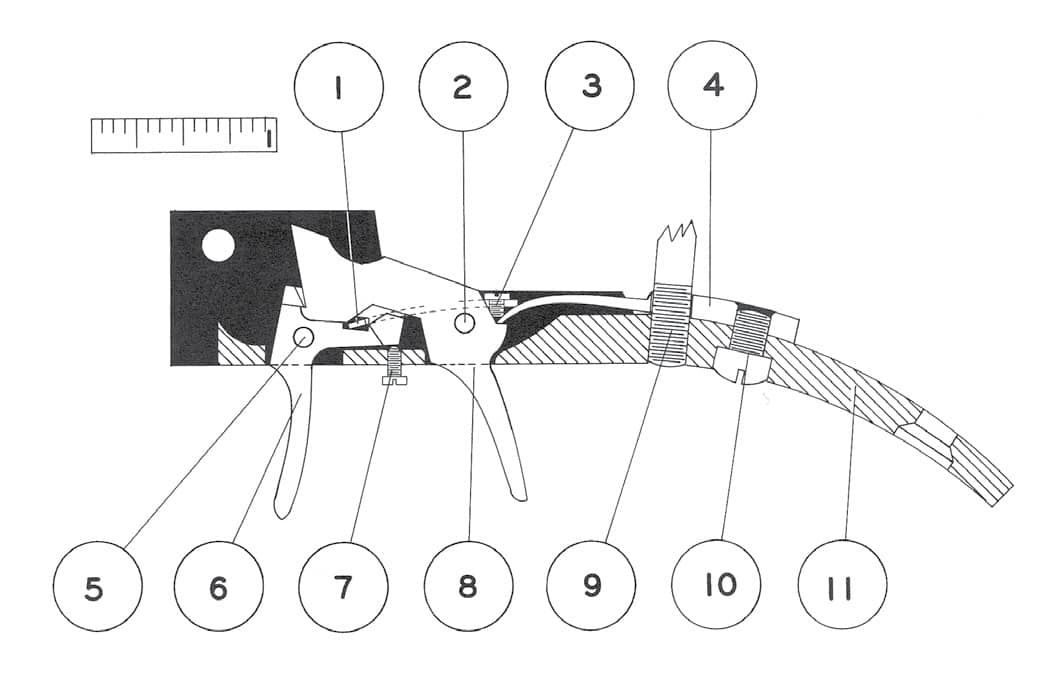 Most of us in the single-shot world have rifles that utilize set triggers. However, I feel there are many misconceptions concerning set triggers even among those riflemen who have used them most of their life. Used in the correct fashion, set triggers can definitely help your shooting. Used incorrectly, they can promote bad habits and really create life-long mental shooting problems.

Single-lever set triggers must be “set” and then tripped to disengage the rifle’s sear. Double-lever set triggers allow the forward trigger to disengage the sear by itself, without being “set”, generally providing a heavier trigger pull. A single-set trigger is obviously one trigger that has to be “set” by pushing forward, then released by being pulled backward. Close-coupled double-set triggers have a rear trigger that sets the mechanism by being pushed forward, then the front trigger is pulled rearward to release. Winchester manufactured many of the close-coupled double-set triggers that we see on vintage rifles, although there are a few gunsmiths today that build them. Many vintage German and Swiss single-shot rifles were fit with complicated four-lever set triggers that gave the advantage of incredibly light and uniform trigger releases. These triggers internally resemble a watch with all their closely fit parts and are masterpieces of workmanship.

In shooter’s conversations one will hear about set triggers that are adjusted so lightly that one can simply “think” the trigger off. Some competitors will describe how they have their triggers adjusted to surprise them when they fire, so that they avoid flinching or grabbing the trigger. These are common misconceptions about the true benefits of a set trigger, and can actually be detrimental to developing good shooting habits. Having a set trigger too light is unsafe and actually encourages a reluctance to break the shot. As far as having a trigger that “surprises” you when it breaks, one only needs to use a trigger several times and your mind registers the amount it takes to break the shot. There is no “surprise” involved after a few fired shots.