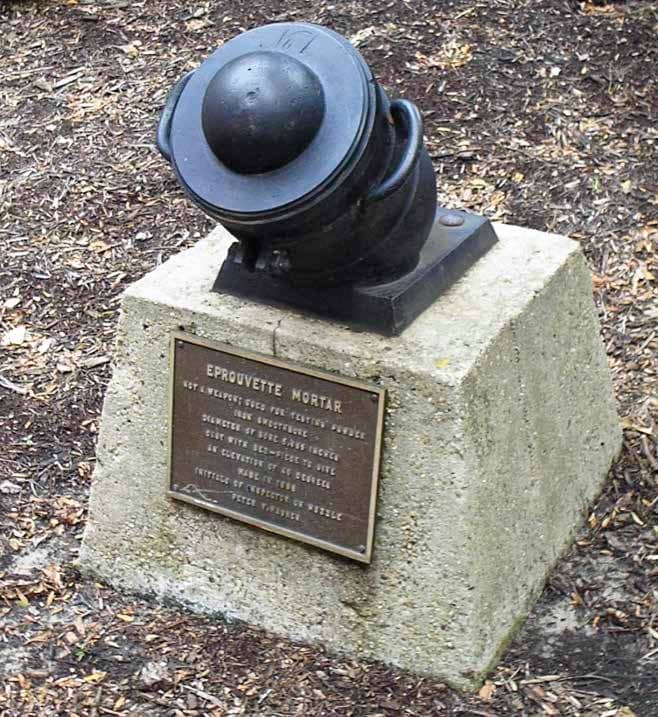 This article is about a device called the “eprouvette” which, literally translated from French, means “test tube,” but in relation to firearms it is also simply referred to as a “powder tester.” Testing devices in many forms for measuring the strength of black powder were in use from the late 1500s until the mid -1800s.

Black powder has been around for hundreds of years. Formulations, sources and purity of ingredients, as well as manufacturing processes have varied considerably over that period. In the early 1600s, the Europeans realized that due to this variability in manufacturing, some quantitative method of testing powder strength was essential to replace the visual observations and open burning tests, not only for small arms but also for artillery. The Art of Gunnery from 1647, by Nathanael Nye, contains a lengthy description of the characteristic used for both visual inspection as well as open ignition tests for black powder. The need for a better system led to the more refined development and deployment of the eprouvette. 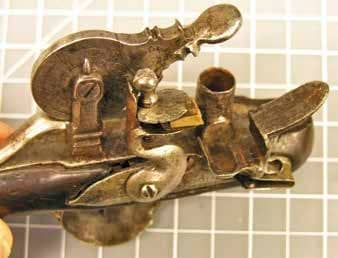 The general principle of the eprouvette is to ignite a measured change of black powder and measure the resulting force through a number of means. The eprouvette is generally regarded as a European invention from a time when Europe was the center of technology, and the state of the art around arms and gunpowder was undergoing a period of rapid transition. However, when the European settlers came to North America, the making of gunpowder had already become somewhat standardized, and although further refinements would occur, the emphasis shifted from obtaining a reliable powder to perfecting firearms; thus, the eprouvette was not commonly encountered in America.

The first recorded powder tester, described in a 1587 British book by William Bourne, consisted of a canister with a lid held down by a serrated vertical latch, which provided resistance when the powder charge was ignited. Other types of black-powder testers were developed over the centuries, but two types seemed to persist as the standards.

For military applications, the fixed mortar eprouvette, which originated in the mid-1600s, and persisted through the 1870s, consisted of a small mortar with a fixed trajectory (typically 45 degrees), which fired a known quantity of powder and a known weight projectile. The testing was done in an open field so the distance of travel of the projectile could be measured. 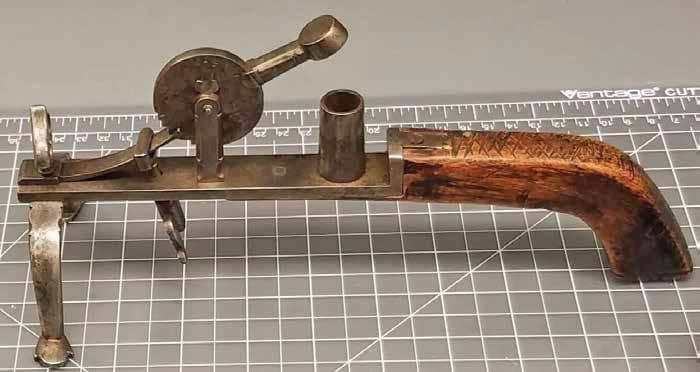 The second most common type of eprouvette was the handheld type, which was used to test powder performance for small arms and was viewed as a more practical device at the time. By the mid-1800s, the eprouvette had all but disappeared as a relevant testing device for black powder, largely because it was recognized that performance in an eprouvette did not translate to performance in a gun/artillery, and because better processes and devices were in use. Nitro powders were also coming onto the scene. 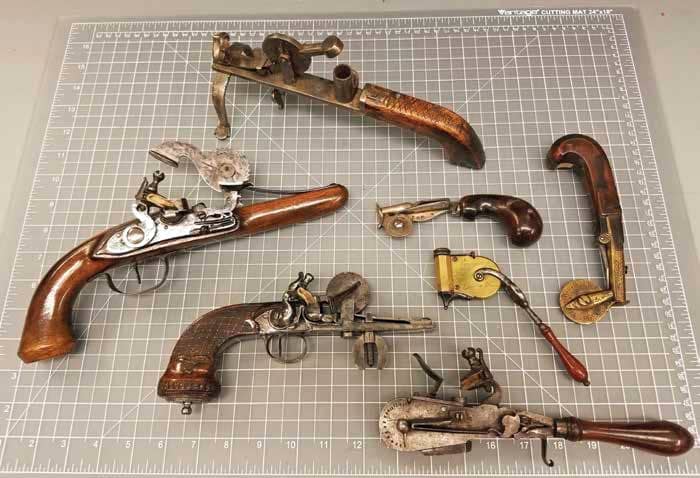