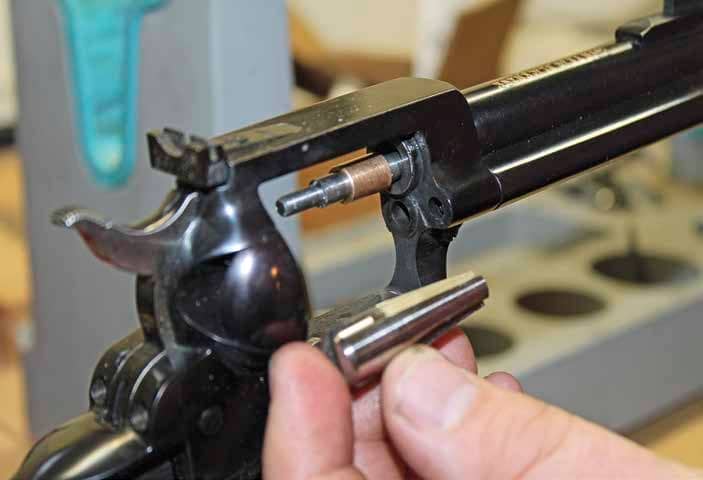 I am sure you probably know guys that can’t just leave something well enough alone; they have to “improve” whatever they are interested in, to the point that the project is basically ruined.

Unfortunately, I have to admit to being amongst that crowd, at least part of the time. In about 50 percent of my personal gunsmithing projects, I’m divided between those improvements that actually do show some benefit, and those that are, well, are a bit lacking. I did, however, recently find something that showed a large improvement in accuracy and is also relatively simple to do.

I have more Ruger single-action revolvers than my wife thinks I need, but they are rather dear to my heart. Several of them shoot extraordinarily well, considering they are production guns. My basis for accuracy in a handgun is found from shooting six-shot groups at 25 yards from a rest. Personally, I find anything that won’t make a two-inch group under those conditions rather uninteresting. Good accuracy is around an inch and anything under an inch is great.

I have always liked the idea of the original Ruger Blackhawk .357s that we know of today as the “three-screw” models. From 1955 until 1972, the .357 models had a medium frame and the .44 models had a large frame. In 1973, the line was upgraded to include a transfer bar safety system that allows shooters to carry them with a full cylinder. With this improvement, the new models no longer had the visible three screws, and the medium frame was discontinued. Until recently, all models made in 1973 (and after) were built on the larger .44 frame. In .44, they are nearly perfect, but in .357 they just always seemed too large, heavy, and a bit clumsy to me.