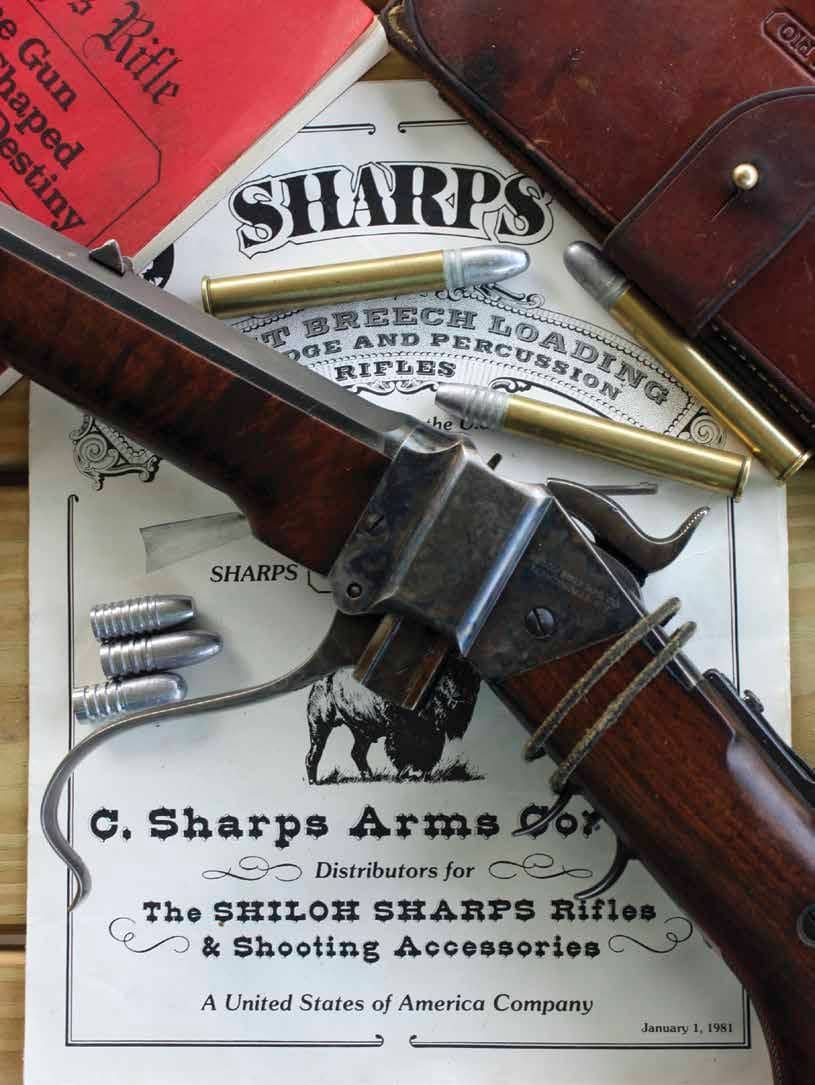 Back in early 1982, I was more than a little excited when my new Shiloh Sharps Model 1874 rifle arrived. It had been manufactured by the “Shiloh Rifle Mfg. Co., Farmingdale, N.Y.” and bore the “Old Reliable” stamp on its barrel. Just as I had ordered, my new rifle was their No. 1 Deluxe Sporter Model, with a 30-inch octagon barrel, weighing 10½ pounds, and was chambered for the .45-110 27⁄8-inch cartridge. I had purchased the rifle for hunting – as I had specified – and it came fitted with the basic Shiloh sporting tang sight and blade front sight.

Some years before, my interest in such a rifle had been piqued by an Elmer Keith article. Keith had described the long-range accuracy and effectiveness of the 1874 Sharps rifles with its heavy black-powder loads and cast bullets. By that time, I had begun hunting almost exclusively with smokeless powder and cast bullet loads in older calibers. Hunting with the larger Sharps cartridges loaded with cast bullets and black powder, seemed to me a logical extension of that interest. So, once I learned of the new Shiloh reproductions, it was just a matter of time until I placed an order for one.

As you can imagine, my first thought upon receiving the rifle was to shoot it. I was eager to test its accuracy with black-powder loads and some heavy bullets. But I was about to be disappointed.

Now, remember – this was early 1982, and there was little contemporary information concerning the correct way to load those old, large black-powder cartridges. For instance, publication of the classic “SPG Lubricants BP Cartridge Reloading Primer,” by Steve Garbe and Mike Venturino was still about 10 years away, as was Paul A. Matthews’ book, “Loading the Black Powder Rifle Cartridge.” Later, I learned that many other shooters in the early 1980s, who were inexperienced with loading black-powder cartridges were having the same problem that was about to perplex me. 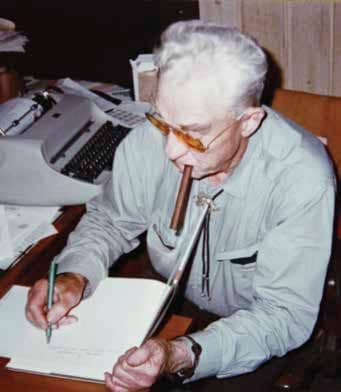 Anyhow, I loaded some .45-110 cases with a large rifle primer, poured in about 100 grains of 2Fg DuPont powder and seated a Lyman 457125 bullet directly on top of the powder. I had lubed the bullet with a popular commercial bullet lube that had proven very satisfactory for me with my smokeless powder, cast bullet loads. I then tacked up a target about 50 yards away, seated myself at my shooting bench, loaded one of the big cartridges into the chamber of my new rifle, set the trigger and touched it off. When the expected, yet pleasing, cloud of smoke cleared enough, I could see that the bullet had landed fairly close to center on the target. Then, I loaded a second cartridge and fired. That second bullet barely landed on the target, had keyholed and passed through the target completely sideways. I was puzzled, to say the least.

I carefully cleaned the black-powder residue out of my barrel and took a good look through the bore. All seemed just fine; the bore was smooth and shiny. There was no sign at all of any damage to the bore or the muzzle that could have caused the bullet to keyhole.

I tried again, but the inaccuracy of my loads at only 50 yards was startling. Although I don’t recall another bullet passing through the target totally sideways, almost all (except for the first shot through the clean barrel) showed obvious signs of tipping.

So, what had I done wrong? It was obvious, since there was nothing wrong with my rifle, that the fault had to lie with the loads I had prepared, and the problems caused by the black-powder residue left in the barrel after that first shot. Now, it stood to reason that the old-time buffalo hunters had not stopped to clean the bores of their rifles after each shot; there had to be something more to loading those cartridges that I needed to learn.

Before proceeding, I decided to seek the advice of an expert – Elmer Keith. Sadly, when I phoned his house, Mrs. Keith answered and told me that he had recently suffered a stroke and was, as I remember, in a nursing home in Boise at the time. That came as shocking news to me. I had previously visited Elmer three times at his home in Salmon, Idaho; also, I had written and received a few letters from him, and had talked to him a few times on the phone. He was always very helpful, congenial and welcoming. I knew that, along with the thousands of other fans of his many articles and books, we would all share a common feeling of great sadness and loss.

As for the keyholing problem I had experienced, I still decided to seek his help, but this time through his writing. I remembered his old article that had, years before, fueled my desire for a Sharps rifle; I thought there was a chance that it might provide a clue that would help. It took a while, but I finally located the article in a 1974 edition of a magazine entitled Complete Guide to Blackpowder, which was published by Guns & Ammo. His article was titled “The Magnificent Sharps Rifle…as Seen, Shot and Remembered by Elmer Keith,” and it was filled with information about the history of the various Sharps rifles. It also contained some information that would prove quite helpful in solving the problem I had experienced.

In one paragraph of his article, Keith mentioned an 18-pound, .45-100 Sharps rifle he owned, which had originally belonged to Hank Waters. Waters had used the rifle during the hide-hunting years and according to Elmer, the rifle’s bore was still in perfect condition. In that article, Elmer wrote about the loads he had prepared for Waters’ Sharps to be used at a turkey match at Challis, Idaho. Here is the part that caught my eye: “…The old Sharps ate out the center of the 10-ring each shot on that cold, windy day. I had it loaded with 566-grain flat-base, paper patched bullets. On top of 100 grains of Fg black powder, I loaded a very thick heavy card wad, then a 1⁄4-inch wad of elk tallow, and then the paper-patched bullet.” 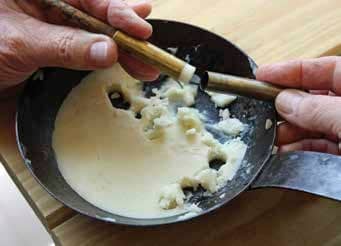 Further, in the same article, Keith (who was born in 1899) also mentioned that as a boy, he had become acquainted with some of the original buffalo hunters. It was obvious that Keith would have learned from them the way they loaded the old black-powder cartridges. Now, I wasn’t using a paper-patched bullet, but it made sense to me that the tallow must have been the key to softening the fouling – whether the bullet used was patched or grooved. So, I decided to try it his way. Besides, I’ve always thought that the more a hunter/shooter puts into preparing his loads, the more satisfying it is when things finally come together.