Death of the Apache Kid 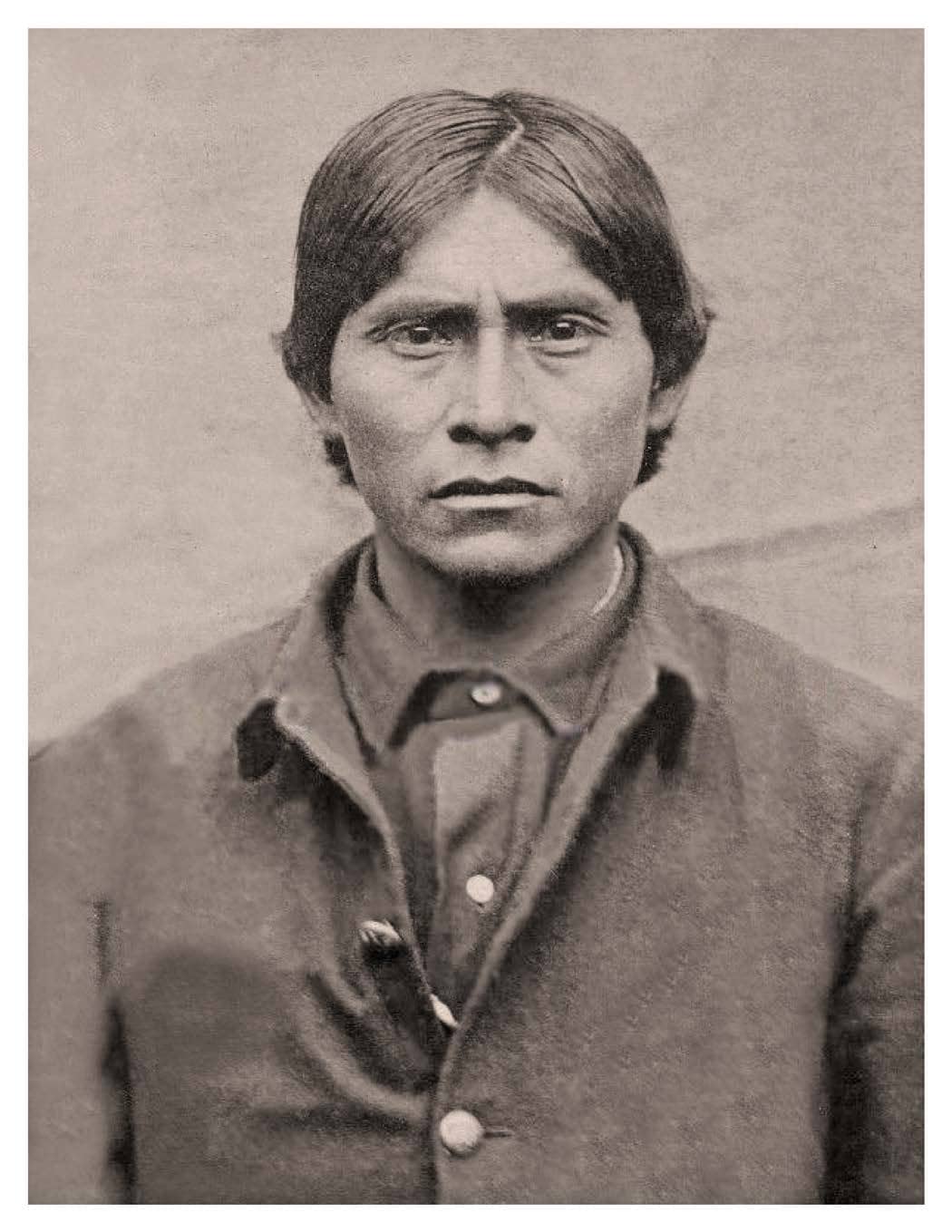 As Told by Frank Collinson

While I was researching material on buffalo hunters, the attached unpublished manuscript by “Frank” Collinson was found in the Lester B. Wood Collection of the Haley Memorial Library and Historical Center of Midland, Texas. Walter James “Frank” Collinson was born November 13, 1856, in Yorkshire, England. He came to America in 1872, and began working cattle in Texas and Nebraska. In the fall of 1874, he began skinning buffalo for Jim White and “Windy Bill” Russell. His hunting career is related in The Encyclopedia of Buffalo Hunters & Skinners, Volume I. He spent his last years living in El Paso where he died in 1943. He was a prolific writer and produced his autobiography and many magazine articles concerning his buffalo hunting and ranching days for Ranch Romances and True West magazines. He was associated with the WS Ranch in southwestern New Mexico, as was James H. Cook. The following is his account of the death of the renegade “Apache Kid.”

“I was at the WS Ranch on the San Francisco. Captain French, manager and part owner, told me that one or two Indians had been to his ranch some time before. He had a food safe hanging in a cottonwood tree. ‘It was made out of screen wire and in it we kept meat. It had been robbed, but we paid no attention.’ Shortly after this, his foreman went to the ranch to get his mail. The foreman’s outfit was camped near where the Tularosa runs into the Frisco. He left about three or four o’clock to go back to camp. The next day one of the hands came to see why he had not returned, and found him shot, not over a mile from the ranch. The hand made all possible speed to the ranch to report the killing. Captain French and a man or two went to where the foreman was lying dead. It looked as if he had been reading a letter as he rode along, for the pages of it were scattered about. His horse, saddle and Winchester were gone. The men saw moccasin tracks and knew it had been Indian work. This killing was blamed on the Apache Kid. He had not been seen for some time…

“Not long after the Kid made another raid on the Mescalero and stole another squaw. This squaw told later that the Kid had killed the first one (he had stolen) on a trip to Mexico. By then he had got to be a regular lone wolf, never stayed long in one place, but roamed about killing cattle and stealing horses. This kept up until 1906 when a sheepman was found dead in his camp, with everything gone. This was blamed on a white man who was known to be at odds with this sheepman. The white was arrested and taken to Hillsboro. He was tried, but had a hung jury, as a good many believed it was Indian work.