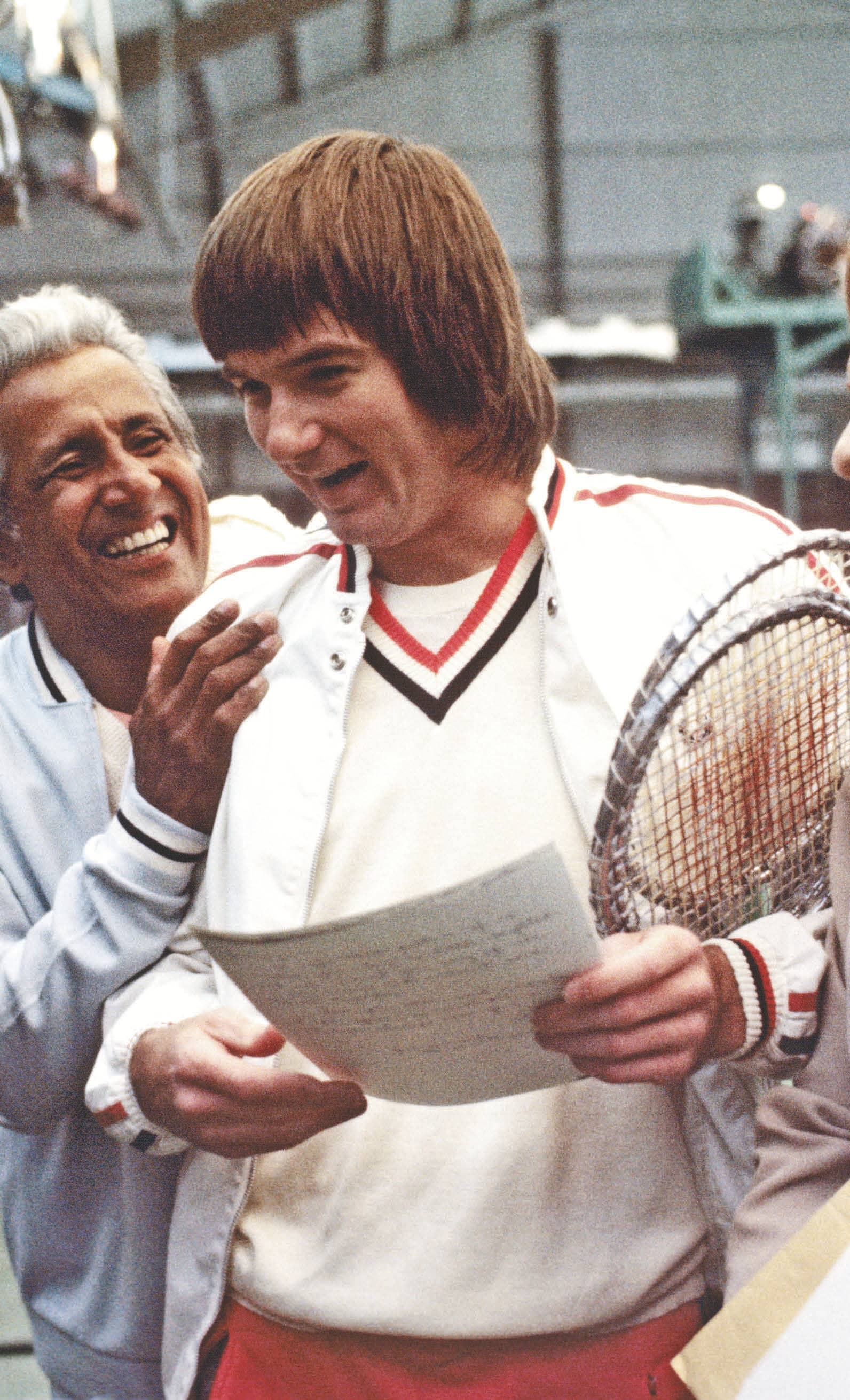 Pancho Segura, Dennis Van der Meer and Vic Braden elevated the way tennis is played at every level, everywhere they went. Remembering three iconic instructors who recently left us, but whose impacts upon the sport endure

The gravitational motion of tennis pulls towards solitude. Loneliness. Isolation. Distance. These are the attributes that accompany the journey taken by our sport’s driven competitors. When studies explain why people leave tennis, a frequent reason is downright melancholy: I couldn’t find anyone to play with me.

Dennis Van der Meer (1933-2019), Vic Braden (1929-2014) and Pancho Segura (1921-2017) counterattacked solitude with glee, insight and generosity. If you didn’t laugh or learn something within 15 minutes of meeting any one of these instructors, you had no sense of humor, and zero likelihood of becoming a tennis player.

When a facility seeks a new tennis director who can whip up enthusiasm, the Van der Meer legacy is vivid. When a student laughs while attempting to improve a stroke, hark back to Braden. When a player recognizes how best to play the 15–30 point, and how that differs from 40–15, tip the hat to Segura. The tennis boom of the 1970s propelled each instructor into the limelight, and their impacts are still being felt today.

Namibia, Africa; Monroe, Michigan; Guayaquil, Ecuador. The places where Van der Meer, Braden and Segura respectively grew up were light years removed from anything notable in tennis. Van der Meer, the child of missionaries, was shown the game by his mother with a rope and a stick. Braden, caught stealing tennis balls at a local facility, was told by the man who apprehended him that he could either go to jail or learn tennis. Segura’s father was the caretaker of a local tennis club. For each, life was tennis or bust.

When Van der Meer learned that he wasn’t quite good enough to make the South African Davis Cup team, he decided to dedicate himself to instruction. Braden was ranked as high as No. 25 in the U.S. in the 18s, but soon came to love teaching. Segura went to the top as a player, but he would leave his greatest mark as a coach.

The three came in proximity upon Van der Meer’s arrival in the U.S. in 1961, when he became head pro at the Berkeley Tennis Club (BTC) in the San Francisco Bay Area. One of the sport’s preeminent clubs, it was the tennis home for such stars as Helen Wills and Don Budge. That same year, Braden convinced Jack Kramer (whom he aided as part of his barnstorming pro tour) to open a new facility in Rolling Hills, a Los Angeles suburb. When the Jack Kramer Club opened, its first court was named for Segura.

Though still playing great tennis at 41, Segura at last left the tour in 1962. His new pursuit would be as head pro at the Beverly Hills Tennis Club (BHTC), its pedigree marked by the Hollywood folk who’d started the club in large part because, as Jews, they’d been barred from joining the prestigious Los Angeles Tennis Club. The BHTC also boasted a number of players who competed at the highest level.

So it was that by 1963, these three were based at facilities that were prominent launching pads for tennis excellence. But each man was also about to take a new approach to interacting with students.