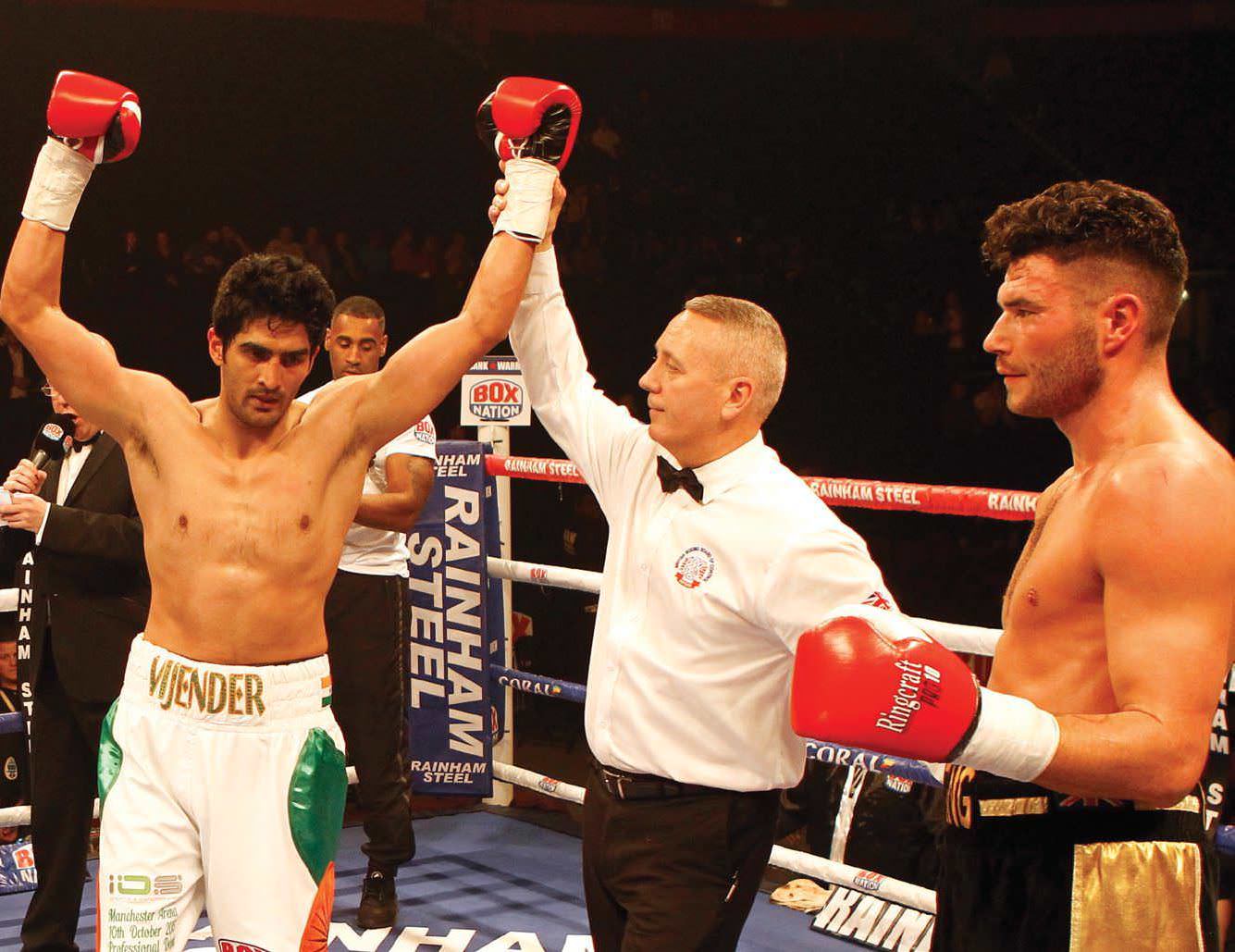 Vijender Singhs decision to quit amateur boxing prompted many to question his patriotism. However, the boxer gave a befitting reply to his detractors by winning his first bout in the professional arena.

Three blows — left, right and left. three blows were all he needed. When the final blow sent Sonny Whiting reeling towards the ropes in the middle of the third round, Vijender Singh was ecstatic. Coming from a humble background in Haryana and then winning a bronze in the 2008 Beijing Olympics, life has been very kind to India’s top pugilist.

However, the testing time came when he decided to turn professional, giving up the chance to represent India once again at the 2016 Rio Olympics, citing government and sponsors’indifference towards the sport as the main reason. Critics from all corners bayed for his blood, calling him a traitor as he turned his back on his own country which bestowed him with glory and wealth.

As Vijender stood inside the ring, while Whiting lay motionless on the mat, waiting for the referee’s count of ten to end, he must have felt vindicated. When the bell rang and the referee raised his hand, Vijender’s reaction said it all. The former Olympic bronze medalist had won his first match in the pro circuit — a record that even some of the greatest boxers of all time, including Muhammad Ali, sugar Ray Leonard and Manny Pacquiao, don’t boast of.

Whiting had promised him hell, yet what transpired at the Manchester Arena was simply the stuff of fairytales. Things can’t get any better for an Indian to be the last one standing in the boxing arena of Great Britain after brutally knocking out one of their own.