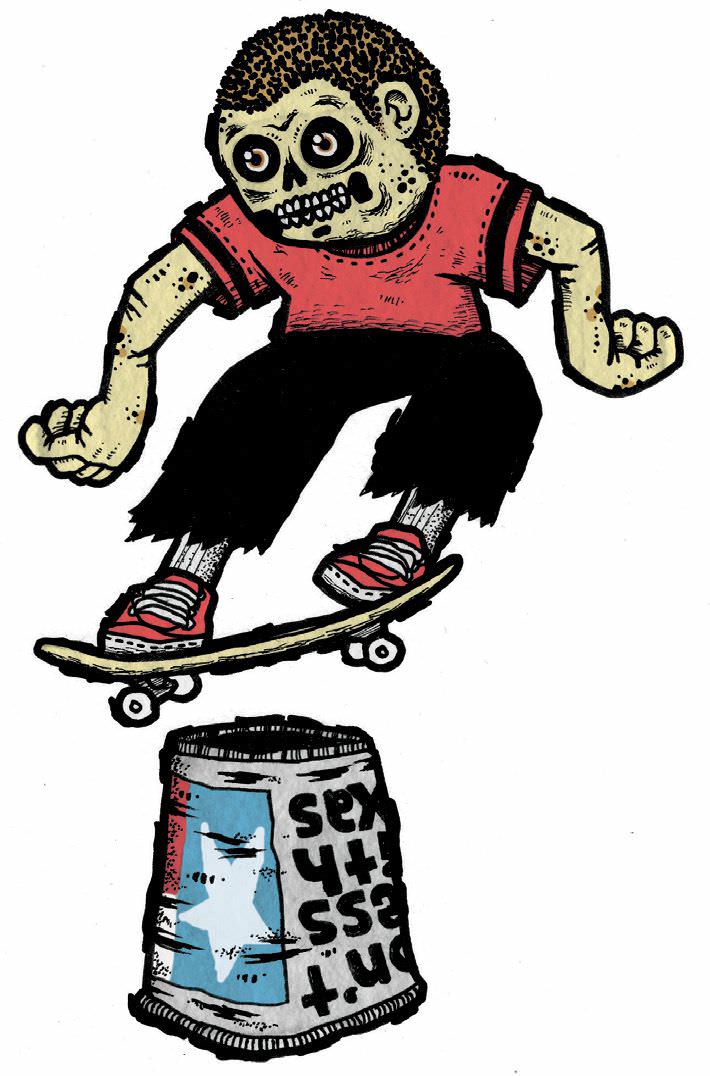 We were standing on the side of the building with our dicks in hands when we heard the gun cock behind us.

It was 1993 and my buddy and I were driving from Seguin, TX, to Austin to check out some bands when we stopped at a closed convenience store to take a leak. While we were pissing, I noticed a trash can with a hand-painted Texas flag on it along with the slogan, “Don’t Mess With Texas.” My teenage mind flashed to an image of me ollieing the trash can, thinking it would make a rad photo. “We should steal that trash can,” I said to my friend—and that’s when we heard the unmistakable sound of a gun being cocked, followed by a man saying, “You’re gonna steal what?”