WHEN ACES WERE REWARDED... 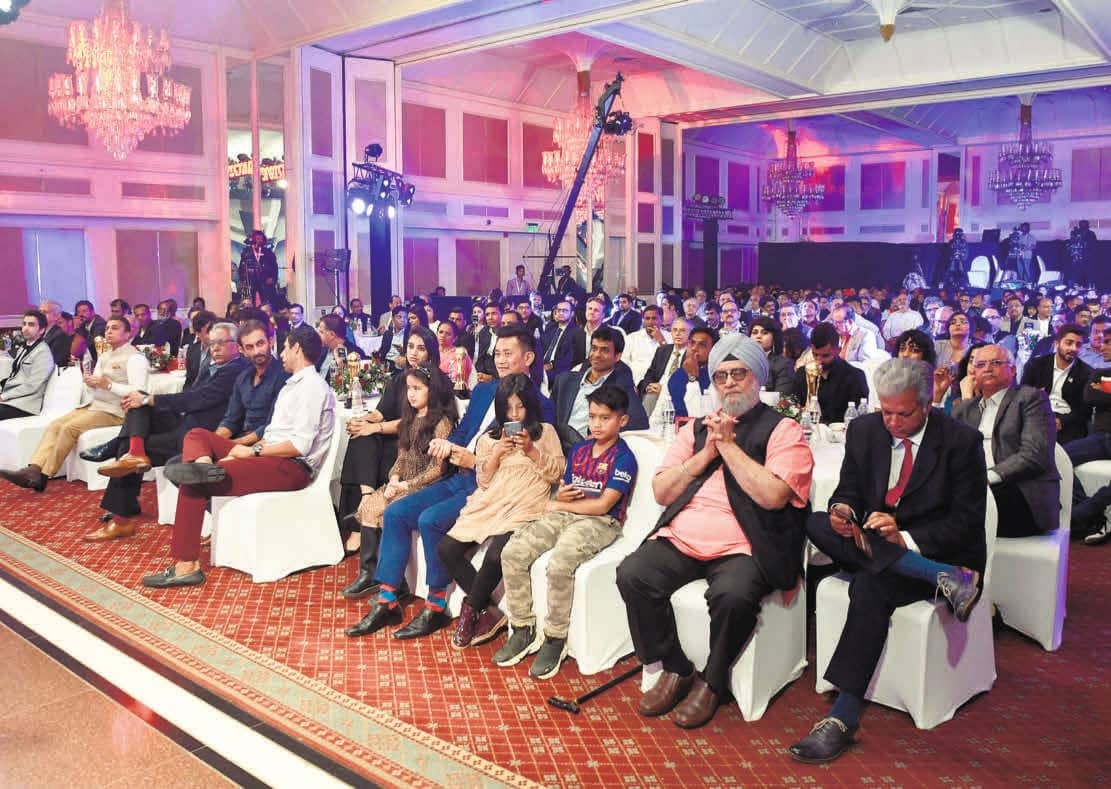 It was an evening of nostalgia and celebration when the Sportstar Aces awards were given away in Mumbai.

Rohit Sharma was speaking for generations of sports-mad kids when he recalled, in his acceptance speech, what Sportstar had meant to him. “Sportstarmagazine was a huge part of my childhood,” he said. “I remember competing in the Sportstar Trophy during my U-19days, and collectingSportstarposters. It was so much fun. This award means a lot.”

Kapil Dev’s reminiscences were not a whole lot different. “I also have lots and lots of Sportstar magazines (at home),” he said. “My wife has kept cuttings. When you see those pictures, it puts a smile on your face.”

Their words were in keeping with the prevailing sentiment on an evening of nostalgia and celebration at the Sportstar Aces Awards 2020 in Mumbai. Rohit was adjudged the Sportsman of the Year (Cricket) and Kapil feted for Lifetime Achievement while P. V. Sindhu was chosen Sportstar of the Year. Sindhu, who won a historic badminton world Championship gold in 2019, was also declared the Sportswoman of the Year (racquet sports) before an audience of some of the finest Indian sporting stars.

“When she was playing in the final of the World Championships, the streets in India were empty. That was wonderful to see,” notedVijayAmritraj, who hosted a part of the ceremony. Sindhu, who was away in Jakarta for the IndonesiaMasters, was represented at the event by coach P. Gopichand. “It was a great performance by her at the World Championships. This award will motivate her further during an Olympic year,” he said.

Kapil, who led India to World Cup victory in 1983, expressed his happiness through a heartfelt message. “You feel happy deep down when people recognise your talent. My message to people in any field of life today is to be passionate in whatever they do. There is no Plan A and B. Plan B never works. Just work hard for Plan A,” he said.

N. Murali, Chairman, Kasturi and Sons Ltd., heaped praise on Kapil. “It's a testament to his greatness that 26 years after he retired, his aura remains undiminished,” he said. “He and his cricketing deeds are still in the public consciousness. Kapil shattered the myth that Indians were no good in the fast-bowling department. His catch to dismiss Viv Richards in the final of the 1983 World Cup is part of Indian cricket folklore.”