Tossing Out The Toss- The Way To Go? 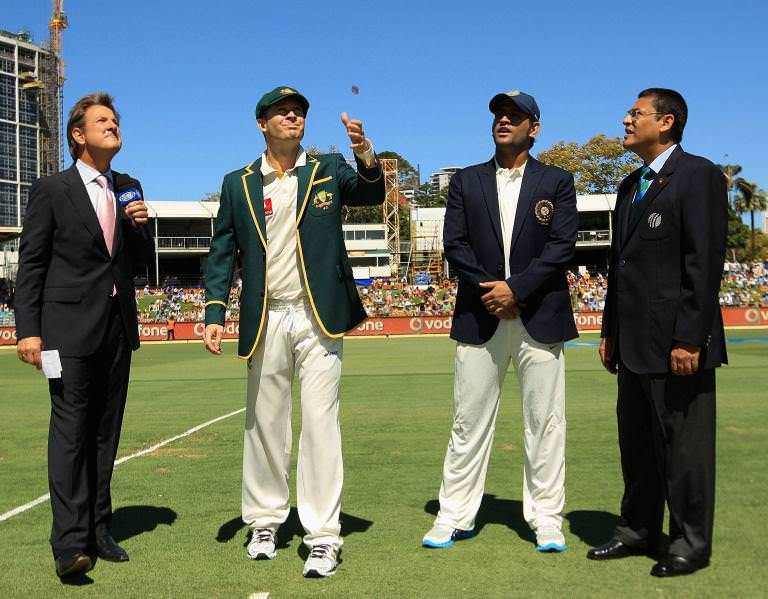 To fret and fume about the pitch and to negate home advantage by discounting the toss would affect the innumerable ifs and buts of the game. What is sport but for its unpredictable scripts? What is sport without its supreme practitioners using their technique to counter all kinds of pitches and conditions?

The most dramatic prelude to any cricket match is the twirl of the coin, the call foreither ‘heads’ or ‘tails’ and those milliseconds of anticipation before the lucky captain reveals his decision to either bat or bowl. The toss has a certain charm, enormous history, lots of anecdotes and, yes, a sense of urgency too as the news agency or cricket website reporter has to blitz an alert to his or her office, stating ‘who won the toss’, ‘the decision’ and ‘team compositions.’

Most captains have suffered or soared based on their decision on winning the toss. Closer home, Mohammad Azharuddin was pilloried for opting to field at Lord’s (1990) and watching Graham Gooch amass a whopping 333. Sadly, the then Indian skipper’s stylish hundred that gifted paroxysms of delight to Old Blighty’s cricket writers was conveniently forgotten.

If Azharuddin struggled with the stigma of that decision, Sourav Ganguly watched his stock soar after he decided to bat on winning the toss at Headingley in 2002. It was a brave decision and the team prospered and won the game. The late W. G. Grace may have simplified it by saying, “When you win the toss, bat nine times out of ten. The tenth time, think about it and then bat.” But truly, there is always much ado about the toss.