There Is No Pro­-am Firewall Now 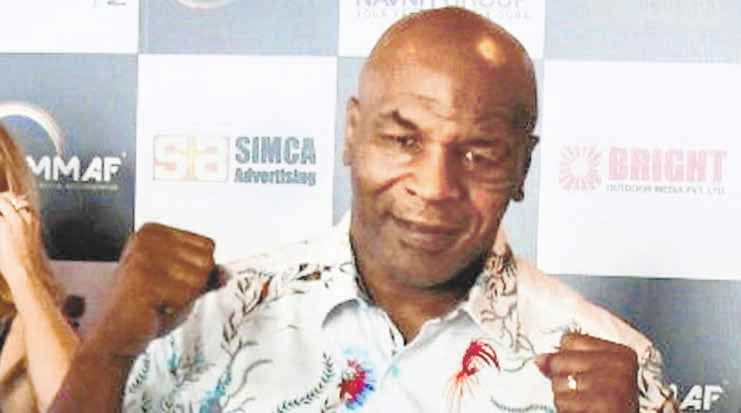 I think the poorer you are, the better boxer you are, and the most successful fighters have come from slums, says former world heavyweight champion Mike Tyson, who was in Mumbai for the launch of the mixed martial arts Kumite 1 League.

In his heyday, Mike Tyson showered a bar­rage of punches on his opponents in the ring. On his first visit to India on Septem­ ber 27, it was the turn of the boxing legend to be at the receiving end — from journalists.

The former world heavyweight cham­ pion was in Mumbai for the launch of the mixed martial arts Kumite 1 League. And though he walked through the doors for a media conference in a white printed shirt and jeans nearly two­and­a­half hours be­ hind schedule — just as the gathered media personnel were planning to walk out — the wait was worth it.

After a long journey from the US via China, the 52­year­old Tyson appeared jet­ lagged and initially fumbled for words, but then spoke candidly in an exclusive conversation.

You have got a ringside view of the game. Has boxing evolved over the years?

The guys are bigger now and they are even stronger. But…(chuckles) it is evolving pretty slow; it is kind of going backwards. I feel things should try and go forward now.

Do you think that today, with the facilities and technology available, the sport has become a lot easier than what it used to be?

No, I think with technology things have got even tougher for a boxer. Yes, it is tough.