The making of a batting behemoth 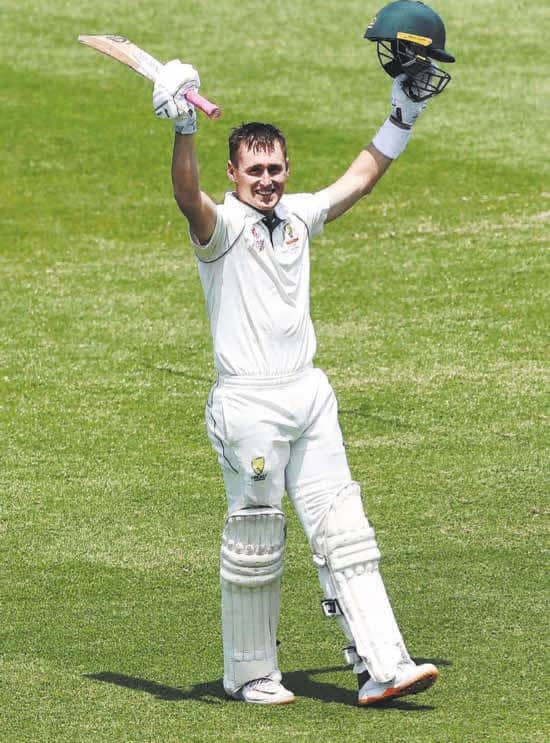 If Steve Smith dominated the Ashes in England in a dramatic, blockbuster fashion then his like for like a replacement, Marnus Labuschagne, is the Next Big Thing after an exciting summer of run-glut.

The Trident hotel in Mumbai, where the Australian team was staying, is thronged by fans and journalists. Anytime you walk into the lobby, the large sofas would be abuzz with people involved in discussions. There are goosebump moments when a few famous names walk through the main entrance... Steve Smith and Marnus Labuschagne.

Phenomenal: Marnus Labuschagne was the summer’s most revelatory story. An insatiable appetite for runs, was married to dogged defiance as he amassed 896 runs in five home Tests at an average of 112 with four hundreds and three fifties. AP

Labuschagne is shadow-practicing his leg-spin while waiting in the foyer for Smith, who is obliging young fans with selfies and autographs. The two soon make their way towards the lift, even as the kids and a handful of the hotel support staff are whipped into a frenzy.

If Smith dominated the Ashes in England in a dramatic, blockbuster fashion then his like for like replacement, Labuschagne, is the Next Big Thing after an exciting summer of run-glut. The pair has been virtually inseparable... off the field too, reveals Labuschagne.

“We spend a lot of time together. We love the game and talk about it all the time,” says Labuschagne. “We probably talk more cricket off the field than on it. I’ve learnt a lot by just watching how he (Smith) goes about the game.. how he applies himself on the field. Steve’s a great player to learn from because he sets the benchmark so high.”