Sania Mirza: Winning Is Like A Habit With Martina Hingis 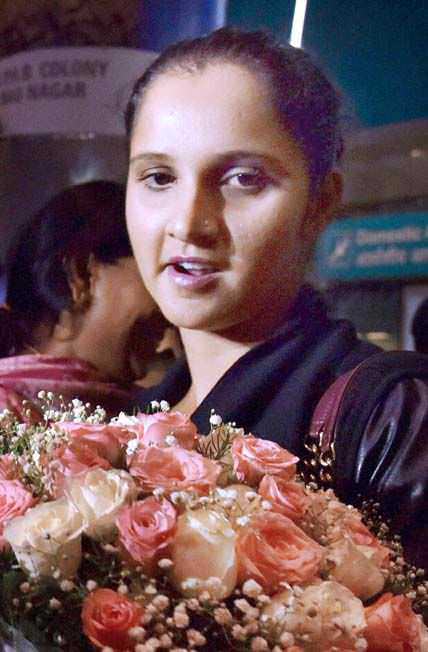 "I have a wonderful chemistry with Martina Hingis, both on and off the court, which is working like a magic. We complement each other beautifully," says Sania Mirza in a chat with V. V. Subrahmanyam

Sania Mirza has once again reminded us why she is a phenomenon of sorts in Indian sports. The 28 year-old has won almost everything, from medals in Commonwealth Games and Asian Games to Grand Slam titles. The only thing she needs to add to her kitty is an Olympic medal. Sania is also the World No. 1 in women’s doubles. And come to think of it, she very nearly quit the sport a few years ago, unable even to lift a racquet owing to a serious wrist injury.

For Sania, the current season has been one of her best. In the last one month, she won back-to-back Grand Slam doubles titles  Wimbledon and the U.S. Open— playing in tandem with the Swiss great, Martina Hingis.

On Her Triumphant return from the U.S. Open, Sania, a brand ambassador for Telangana, shared her thoughts on the dream run she has had of late.

“All the efforts were bearing fruits. Honestly, even if I had not won the U.S. Open, it would still have been a great year for me, for the simple reason that I am the proud recipient of the prestigious Rajiv Khel Ratna Award,” she said.

“I Value The Khel Ratna very much. That was the reason why I took the risk and flew to Delhi to personally receive it despite the function being so close to the U.S. Open,” Sania added.

Elaborating on her success, Sania said: “I am glad that winning has become a sort of habit now, especially while playing with Martina Hingis. Mind you, this doesn’t come off just like that. Lot of planning, hours of training and great levels of focus are the key to these success stories.

“Winning two back-to-back Grand Slam titles should be definitely a special feeling. It’s not easy to even win one, and so it is a lovely double for me.”