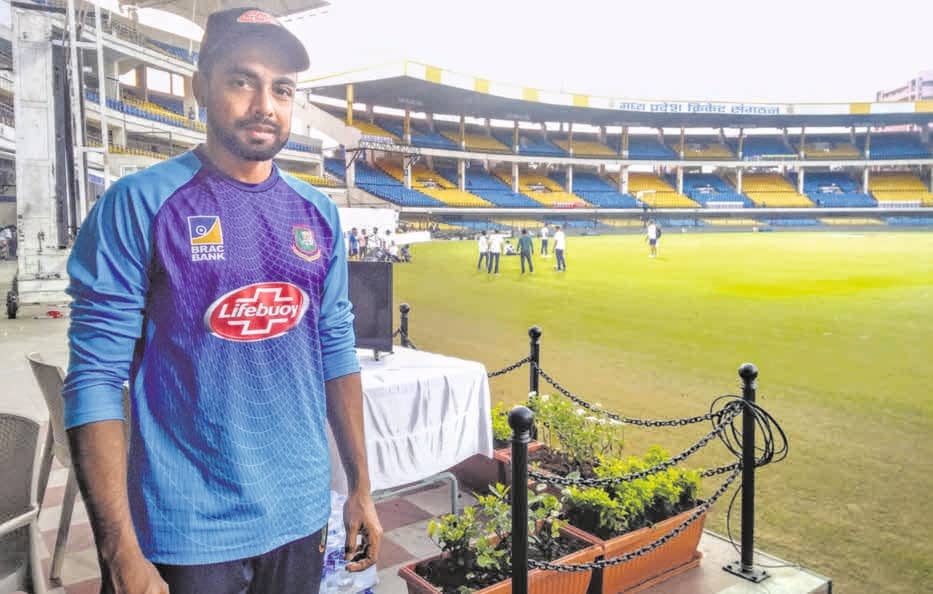 Bangladesh quick Abu Jayed Rahi is new in the red-ball arena, but his swing brings back old memories — of James Anderson on green tops.

“I want to play Test cricket.” Abu Jayed â€‹Rahi is clear in his head. The right-arm pacer is only seven Tests old and he prefers keeping the T20 franchise cricket distraction on check. On his maiden tour of India, he got on top of the big four in the Indore Test to become the talk of the town.

The performance of the 26-year-old was like sunshine in the gloomy dressing room of the touring side, which hasn’t been at its best in the World Test Championship. New coach Russell Domingo wants structural changes by segregating the limited-overs and Test-focused players for results. Rahi perhaps arrived at the right time.

Sportstar met him for a quick chat in the middle of a practice session. He sat down and the first thing that struck was, “Bhalo lagtase apni Test cricket niya proshno korsen. (It feels good that you are asking me about my Test aspirations.)”

You are only a few Test matches old. How do you want to prepare for the future, to make Bangladesh a stronger bowling unit in Test cricket?

I have to keep learning on the move. Picking up four wickets against India was a good start. There is so much more to learn. I am very new and I want to play as much Test cricket as possible to improve. If we play Test matches once in six months or a year, then it is difficult for us to win. In ODIs and T20Is, you can bowl and be successful instantly, but Test cricket is a different mindset. Our first-class structure is changing. The wickets are getting better and good cricket is starting. We are trying to follow India’s domestic system.

Many cricketers make themselves unavailable for Tests to play T20 around the world. How will you keep the distractions away?

I started playing first-class cricket from a young age. Since then, I had this desire to play for the national team as I played so many first-class games. From childhood, I had a weakness for the red ball. I prefer red-ball cricket compared to the other formats. I love Test cricket.