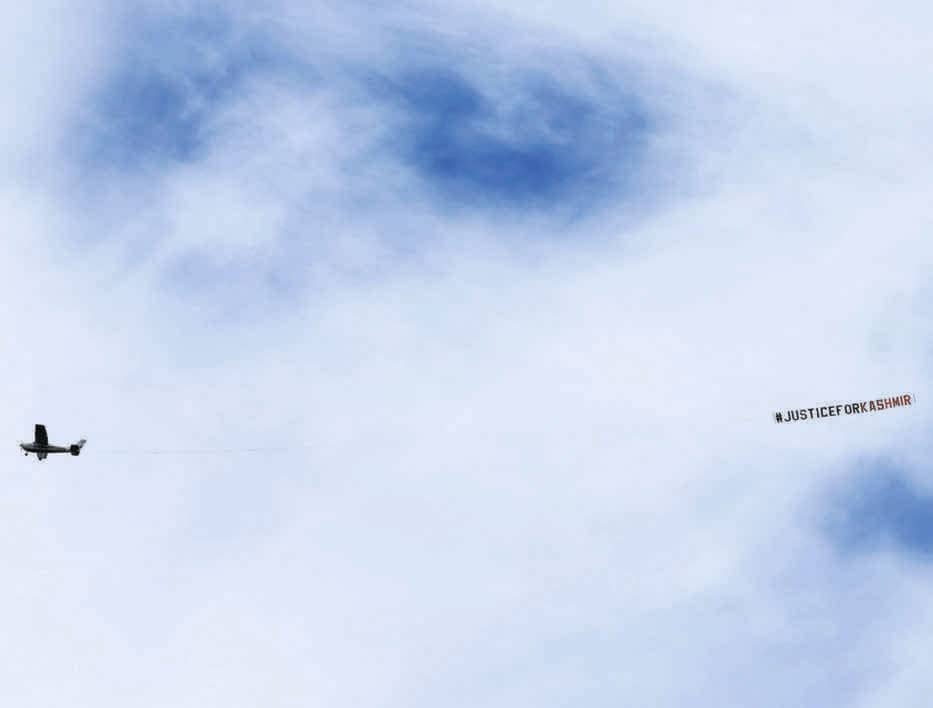 An Eritrean who speaks fluent Hindi, political posturing from a plane, India’s loss over two days and more from our World Cup diary.

A day after India defeats Bangladesh in Birmingham, it is time to head to Leeds. The man is a wee bit long and it is time to meet those dainty artists with their pairs of scissors. A corner barbershop is found, and a man with African roots warmly welcomes two reporters. Soon he is speaking in Hindi and names himself Kabir, the name given to him by his Pakistani and Bangladeshi friends. To be in Leeds and to meet Kabir, an Eritrean who speaks fluent Hindi, is mind-boggling.

The accompanying friend is fluent in the language spoken beyond the Vindhyas, but yours truly only has a rudimentary knowledge. It is a struggle, but there is refuge in Bollywood. Kabir plays Hindi songs on loop over YouTube through a smart television. The hair is lost gradually and Kabir and three of his friends jabber away reeling off names of their favourite stars ranging from the Khan troika to Hrithik Roshan. Their customer — or rather victim — sagely nods his head to every utterance and after awhile the four are jiving around him. It cannot get more surreal than this.

It is time to step into Headingley and first up there is a match involving the West Indies and Afghanistan, and though both units had already crashed out of the World Cup, there was interest centred around Chris Gayle as the lumbering giant from Jamaica was playing his last clash in the global event. The opener failed with the bat, but he was a riveting presence on the turf.