David, A Goliath Among Batsmen 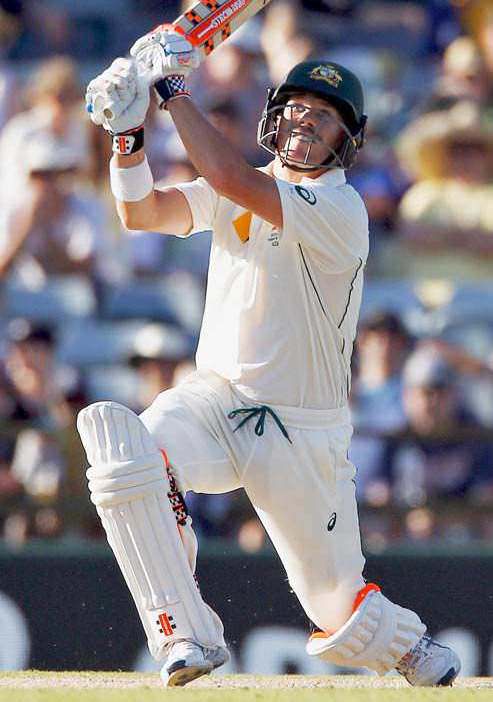 David Warner, quick to decimate the best of bowlers, has been in prime form​. Scores of 163, 116 and 253 in the current home Test series against New Zealand reveal a willow-wielder at the top of his game and at his marauding best, writes K. C. Vijaya Kumar.

In the good old days, the dour opener, who embraced classical defence and negated fast first spells, was revered. But the winds of change were always evident — in Gordon Greenidge’s fiery bat in the 1970s and 1980s, and closer home, we had our own K. Srikkanth and later Virender Sehwag.

Even Sunil Gavaskar once shredded the West Indies pace battery led by Malcolm Marshall in Delhi in 1983, though the overwhelming image associated with him is that of an astounding batsman largely known for his impregnable defence and steady run-accumulation.

The fresh re-defined avatar of the opener, who is the quintessential destroyer of bowling attacks, got another round of poster boys thanks to the big-built West Indian, Chris Gayle, and the Aussie influx over the last decade and a half. Matthew Hayden in Tests, Adam Gilchrist in ODIs and David Warner, across formats, re-defined the art of batting. Hayden and Gilchrist have retired and their reference points are YouTube clips or All Stars’ matches in New York.